You may be a modern bride but you’re likely to be basing your day around some pretty ancient traditions. Weddings are a wonderful patchwork of the old and the new; layering years of taste and style on top of historical touch points and old superstitions. Many of us have no idea where the spectrum of wedding traditions come from. Why do we wear a wedding ring on the 4th finger of our left hand? And who decided that wedding cake had tiers? Delving underneath the skin of these traditions is not only a lot of fun but it can add an extra layer of meaning to your day. Come with us as we explore 5 of the most popular wedding traditions.

The big white dress seems so closely linked to the wedding that it’s hard to imagine anything else in its place. The truth is, Queen Victoria, popularised the white wedding dress at her wedding to Prince Albert in 1840 and it quickly became a fashion hit that has endured right through to today. White became a symbol of the bride’s purity, as well as wealth, given that buying and maintaining a white wedding dress in the days of handwashing was something only wealthy households could afford. Prior to the mid-1800’s, a bride would typically wear her best dress to get married in. The dress was normally not new and virtually any colour was acceptable, except green which was considered unlucky. 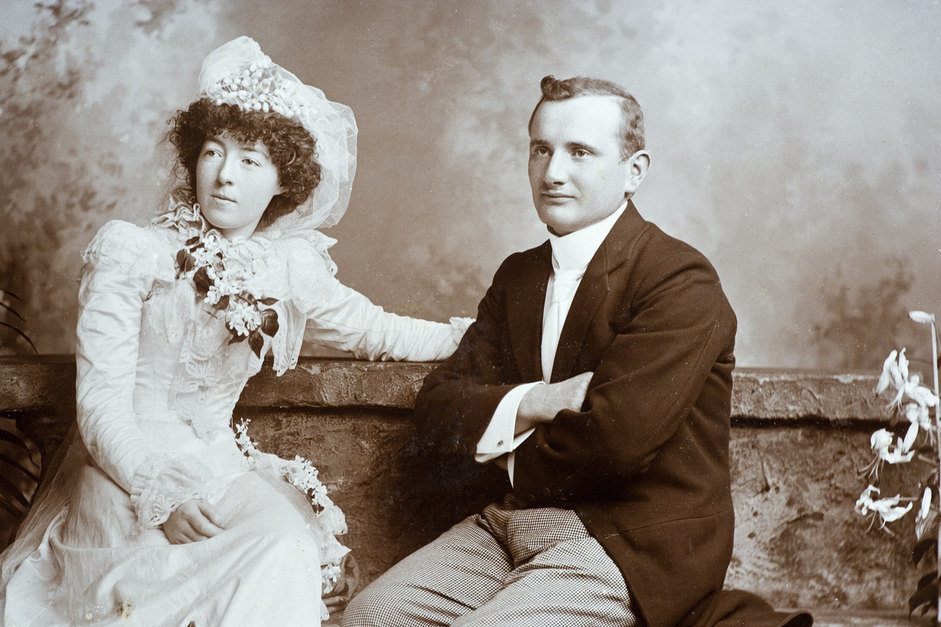 The bride on the groom’s left

It turns out weddings in the middle ages were a pretty violent affair. The tradition of the bride standing on the grooms left stems back to a time of the unappealing sounding ‘wedding by capture’. After the groom had ‘snatched’ his bride it was a race to get the ceremony complete. To ward off angry interlopers he needed to keep his sword arm free, so the bride found herself standing on his left. It’s a tradition we keep up to the present day but feel free to mix it up on your wedding day. 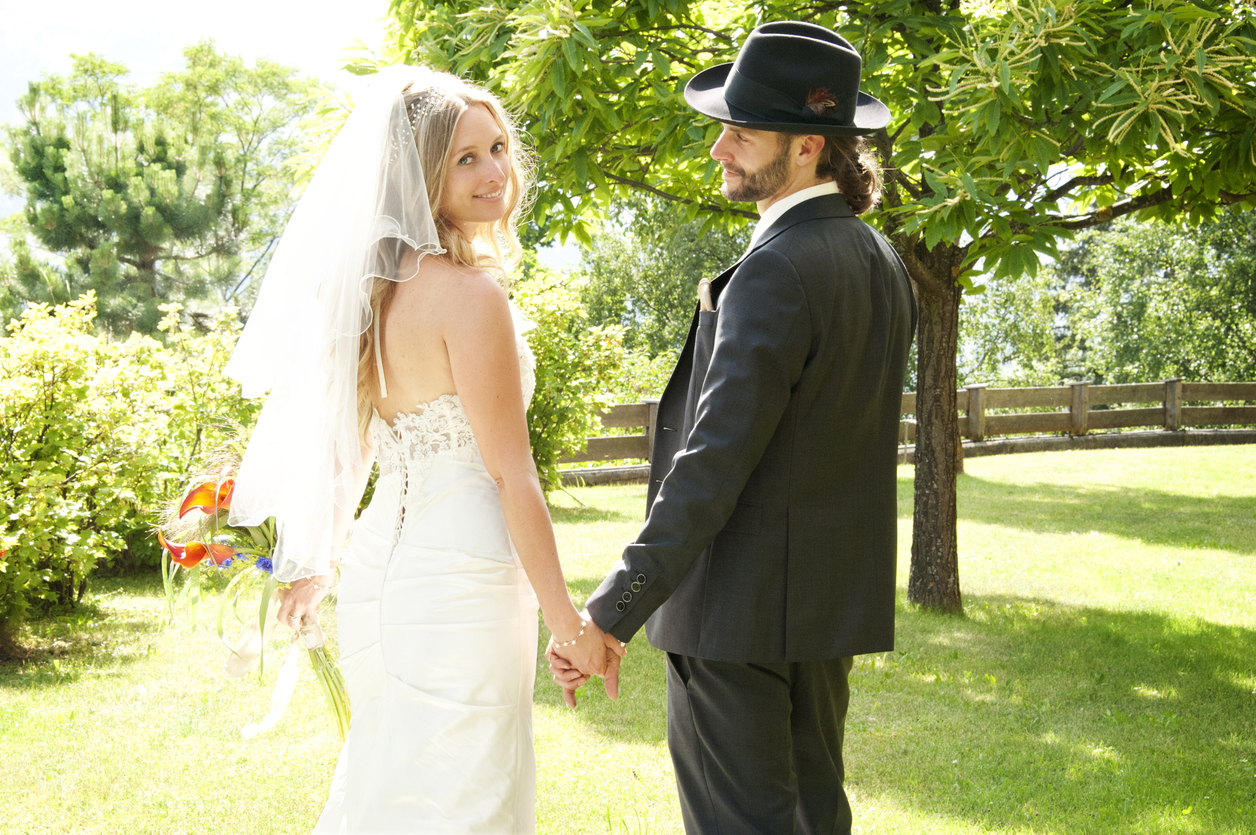 Rings have been used as a symbol of eternity almost as long as there have been people. They were certainly used as gifts in Ancient Egypt and in Ancient Rome betrothal rings were common. Early Christians began to use rings in the wedding ceremony as early as the first century AD and they were intricately carved with doves or interlinked hands. The story of why the ring is now worn on the 4th finger of the left hand is a complex one. There is a belief that the Romans thought the fourth finger had a vein, ‘Vena Amoris’ that connected directly to the heart. Throughout history and across cultures the ring has been worn on different hands and different fingers. In many countries now, including Norway, Germany, and Spain, the ring is worn on the ring finger of the right hand. 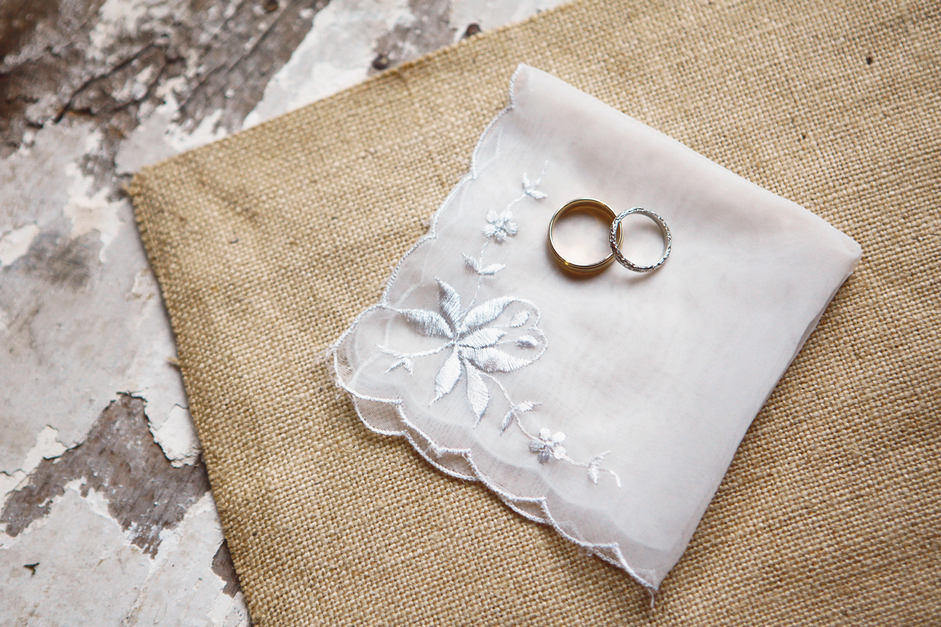 In medieval Britain, baked good including cakes and bread were stacked high at a wedding feast. The higher the pile the newlyweds kissed over, the greater the prosperity of their life together. In the 17th century an enterprising French chef decided to steady this baked stack with broom handles, but the tiered cake as we know it wasn’t developed until the 18th century. A baker’s apprentice called William Rich baked a beautiful cake to impress his bride and a tradition was born. During World War II, when rationing made baking large cakes impossible, cardboard cakes were often made to conceal the much smaller real thing. 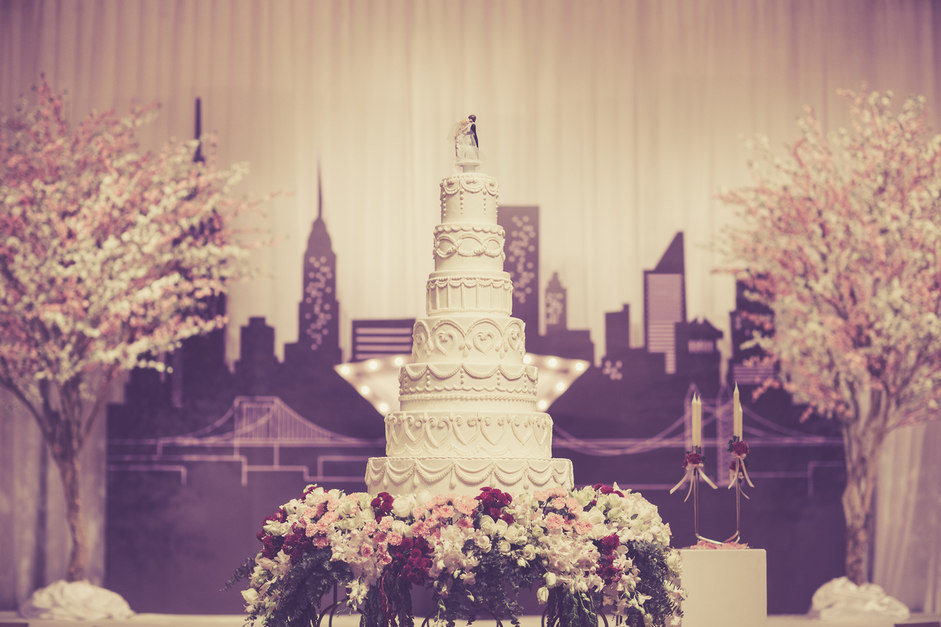 The wedding garter is one of the oldest and most disturbing wedding traditions. In the dark ages, a rowdy custom grew around seeing a newly married couple to their bed chamber and an unceremonious stripping of the bride, where the person who captured and caught the garter would be brought good luck. This slowly evolved into a less violent and much less horrible tradition of throwing the garter as part of the wedding reception. 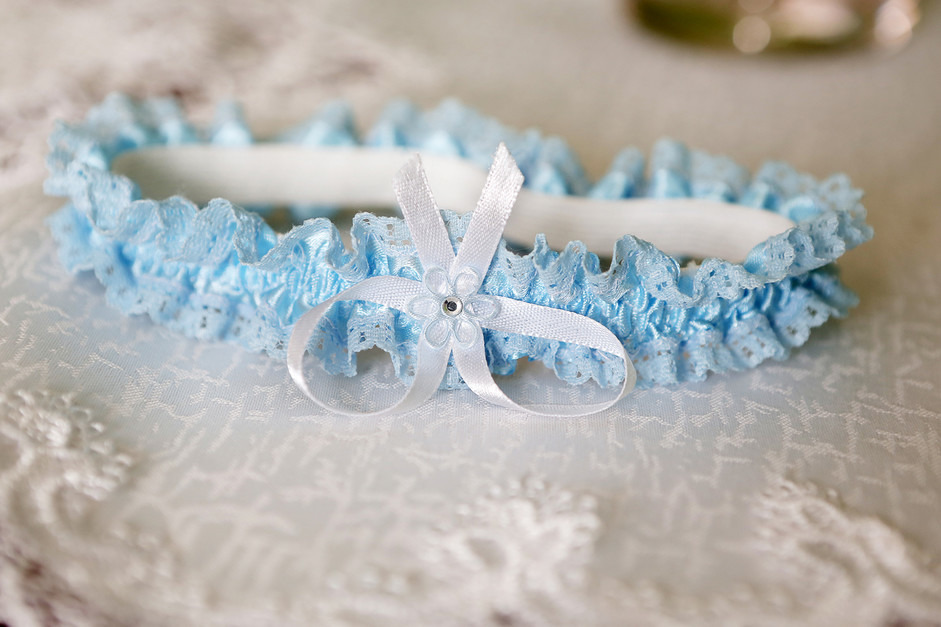 Our traditions, good, bad and just plain strange have helped to build the wedding ceremony we know and love today. Why not start your own tradition? Who knows? Happy couples might be doing it for centuries to come!