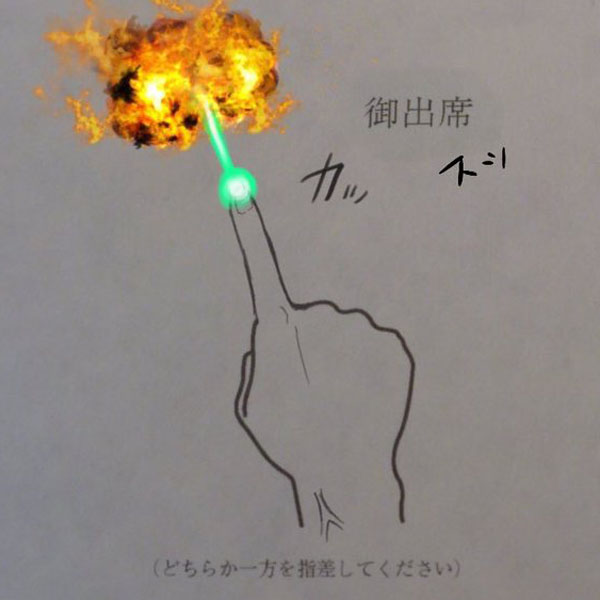 A laser beam destroys the ‘Yes’ in this RSVP. Image: Twitter

A couple expected a simple ‘yes’ or ‘no’ reply to their wedding invitation – but when an overly enthusiastic (and creative) Twitter audience got their hands on it, hilarious results ensued!

Twitter user Toshihiro Anzai shared the wedding invitation to Twitter earlier this month. It features the outline of a hand with a missing index finger and the idea was that guests would draw their index finger and point it to either the word ‘yes’ or ‘no’ to indicate whether they were attending. As you can see below, the Twitter audience certainly did not stick to these simple guidelines! 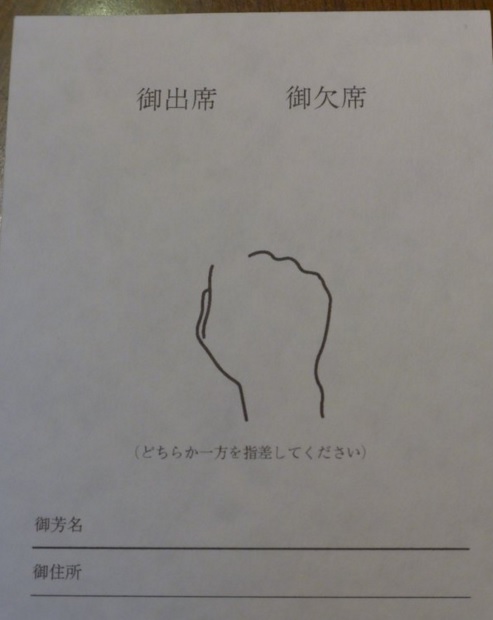 This is how the original RSVP looked. Image: Twitter. 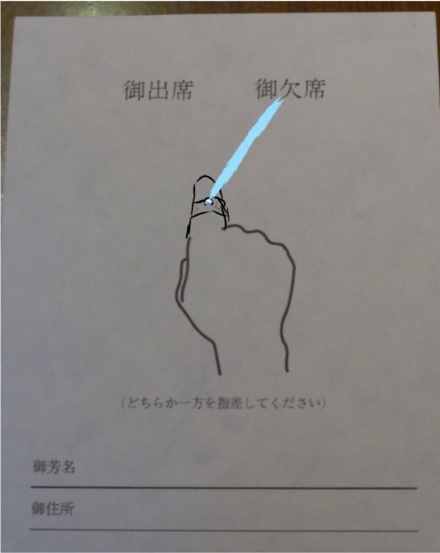 This RSVP features some sort of energy ring. Image: Twitter. 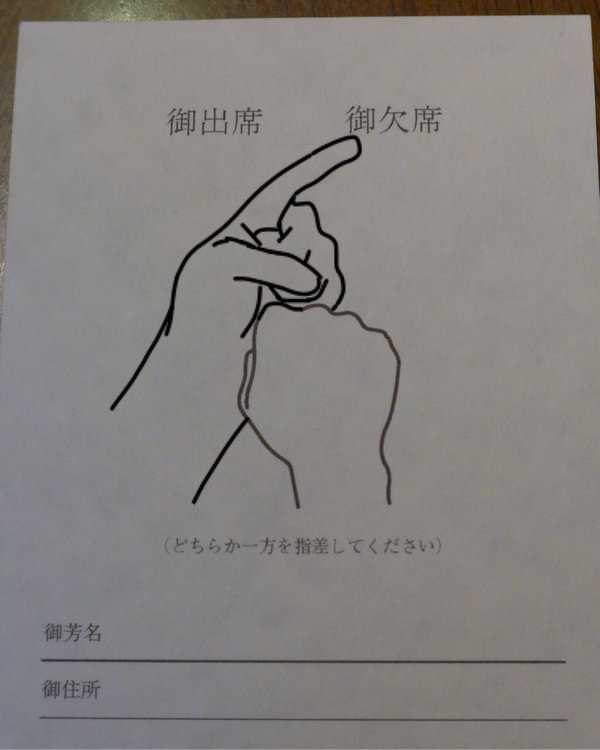 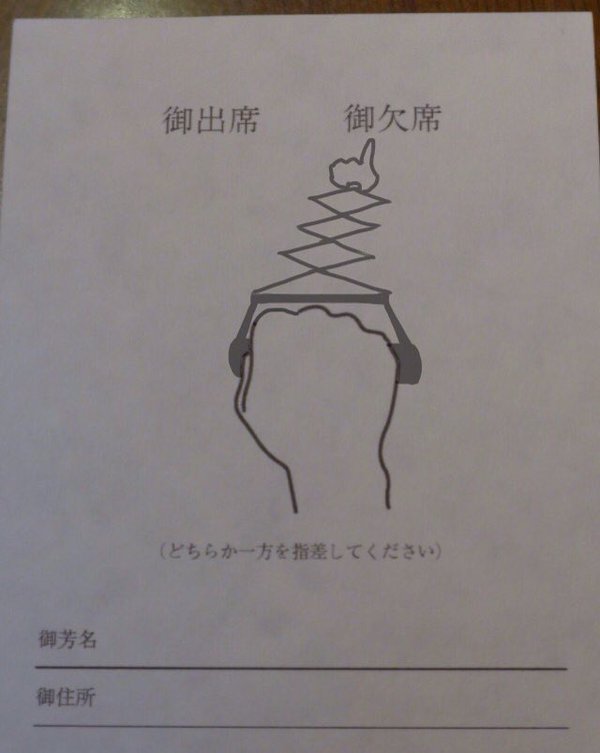 Some even more creative responses to the RSVP. Image: Twitter. 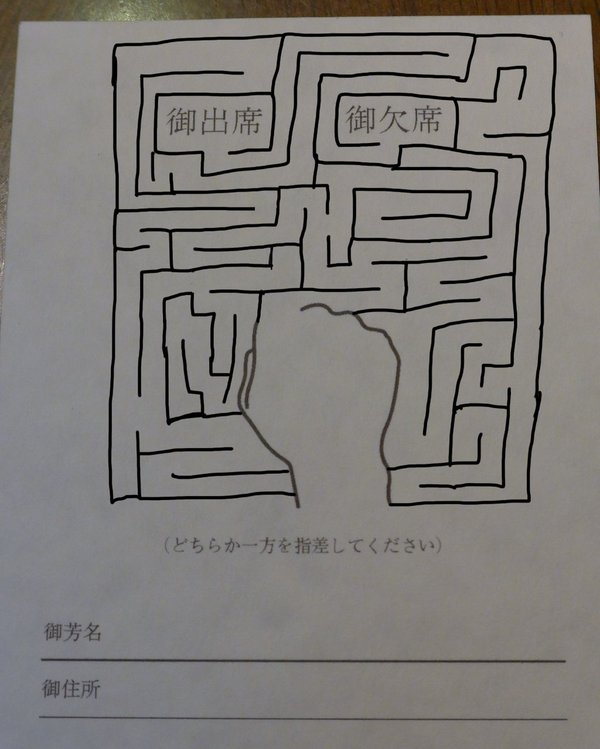 An A-maze-ing response to the RSVP here. Image: Twitter.

This response appears to have come from outer space. Image: Twitter.

A hand signing an RSVP within a signed RSVP. Image: Twitter.

Not the type of RSVP you would hope for! Image: Twitter.

For beautiful, personalised wedding invitation designs for your wedding, follow this link.

Finger-lickin’ photoshoot: would you take your…

FAQ: Everything you wanted to know…

Is this the world’s most fantastic…