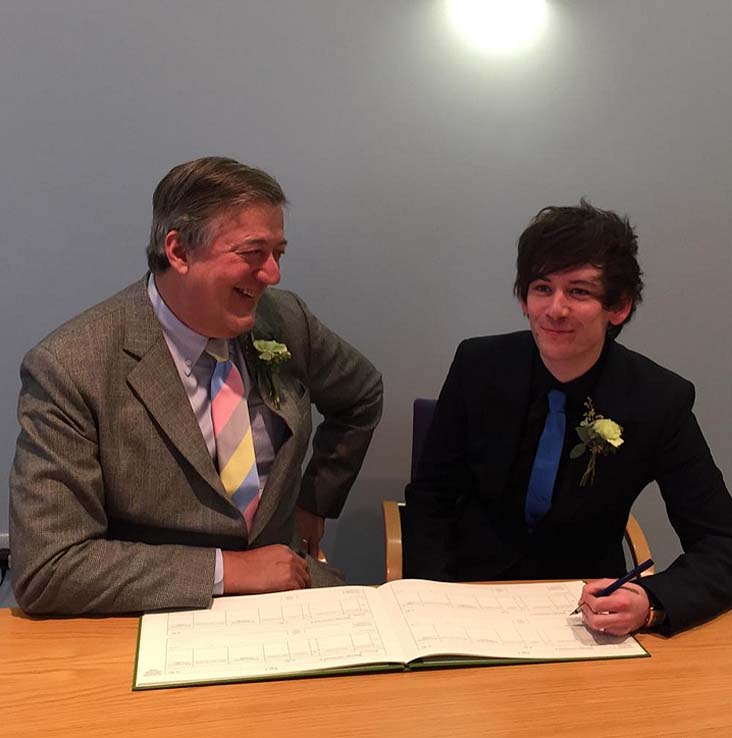 Stephen, 57, announced the happy news to his 8.5 million Twitter followers in a typically amusing way, saying “Gosh. @ElliottGSpencer and I go into a room as two people, sign a book and leave as one. Amazing,” Stephen wrote on Twitter.

With it, he shared a simply photo of the couple signing the Registry.

In the photo, Stephen is wearing a grey suit with a multicoloured striped tie, while Elliot is wearing a black suit with a blue tie. Adorably, the couple are both sporting matching yellow carnation boutonnieres.

Congratulations to them both! 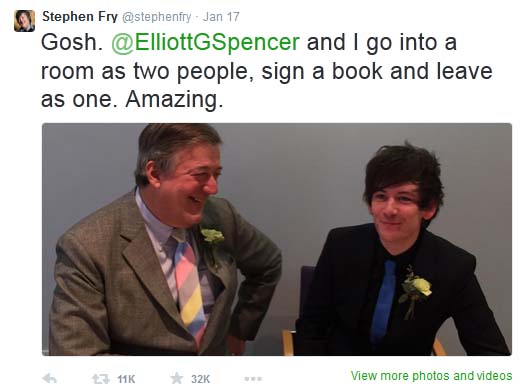