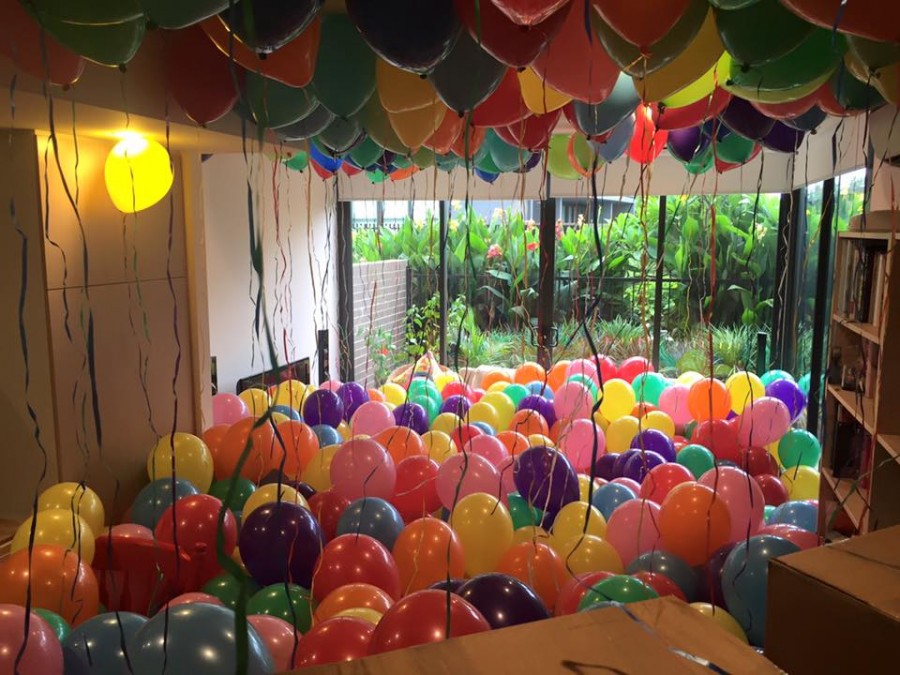 Sydney groom Ryan Miller has taken the idea of ‘popping’ the question most seriously. When he proposed to his girlfriend of eight years earlier this month, he spent an entire day blowing up more than 700 balloons to ensure his proposal went off with, erm, a bang!

The plumbing store manager even enlisted the help of his journalist girlfriend Jo-Ann Hui’s boss to ensure she wouldn’t arrive home from work too early.

Ryan, 34, spent the previous month planning the event, and calculated that, to fill their entire apartment with balloons to knee-height, he would need at least 700 balloons. So, he took the day off from work and had three friends help him blow up the colourful sea of balloons.

Thankfully, they had an air-compressor and helium tank and didn’t have to blow up all the balloons manually!

When Jo-Ann, also 34, arrived at their home that warm December evening, she was greeted by rooms overflowing with balloons and, once Ryan found space to get down on one knee, she happily accepted.

Before proposing, Ryan, who is originally from South Australia, warned family and friends to remain by their phones – and Skype – as he would soon have good news to share. The couple were joined by their closest friends and celebrated their engagement with pizza and champagne.

Congratulations to this oh-so-cute couple!

Oh, and if you want to see how the room looked AFTER their big night, click here.

Popping the question in the botanic…

Dog acts as cameraman for owner’s…