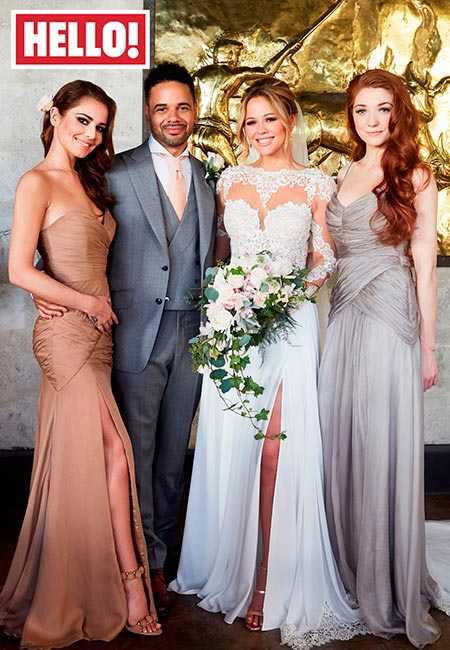 Kimberley, 34, married her long-term partner Justin Scott, 33, over the weekend in a three-day celebration which involved a traditional church ceremony, a sunset catamaran cruise and swimming with turtles.

The West-Yorkshire native and and one-fifth of former pop sensation Girls Aloud, chose two of her former band mates and close friends Cheryl Fernandez-Versini and Nicola Roberts to be her bridesmaids, whilst former Girls Aloud stars Sarah Harding and Nadine Coyle were banned from attending. 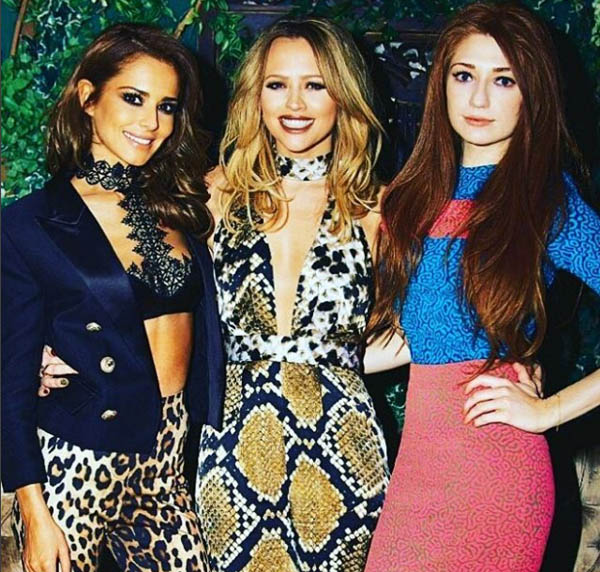 Kimberley and Justin’s three-day wedding celebrations began with cocktails and canapes on the eve of their wedding at sea-side bar Drift Ocean Terrace Lounge in the West Coast of Barbados. The couple married in a traditional church ceremony at St James Parish Church, and the intimate ceremony was followed by dinner and dancing at The Cliff restaurant, a well-known celebrity hot spot in the Caribbean region. 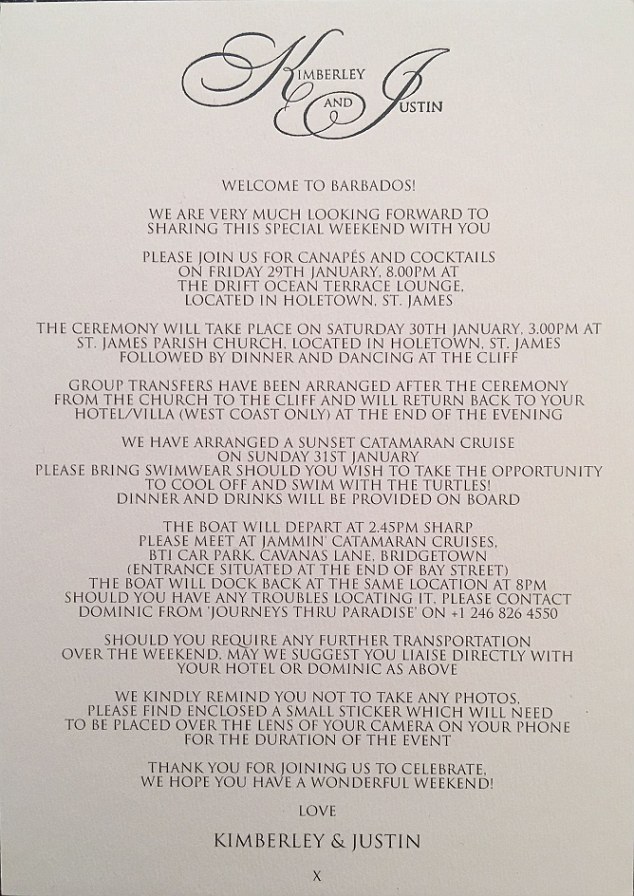 Kimberley and Justin laid out the house rules and a list of planned activities for their three-day wedding celebrations. Image: Daily Mail

The day after their ceremony, Kimberley and Justin treated their guests to a sunset catamaran cruise around the crystal-blue waters of the Barbados, where guests could enjoy snorkeling and swimming alongside turtles. 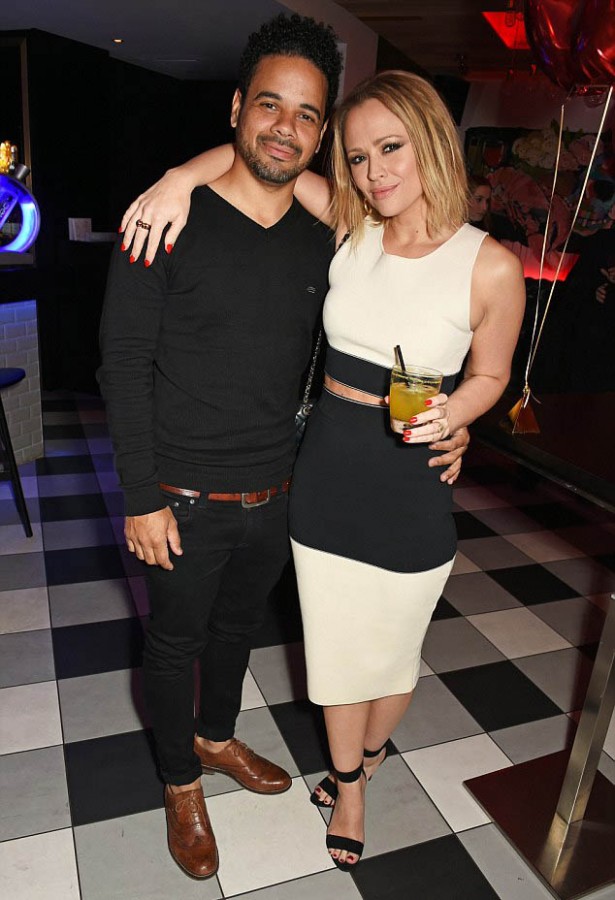 Kimberley and her partner Justin Scott have married over the weekend in Barbados. Image Getty Images via Daily Mail

No further details of the wedding have been released yet, although, a glimpse of a white dress bag carried by a guest on the day of the wedding reveals that Kimberley may have worn a Berta Bridal gown for her nuptials. Kimberley and Justin made a six-figure deal with a British magazine and in line with their agreement the couple requested that guests refrain from taking photos at any stage throughout their wedding, and even provided stickers for people to cover the camera on their phones.

Kimberley and Justin have been in a relationship for 13 years and share a son, 18-month-old Bobby. Justin proposed to Kimberley in November 2014, just two months after she gave birth to Bobby, who acted as page boy at their wedding.

Under wraps: the only hint of what Kimberley wore on her wedding day is this dress bag which appears to have the Berta Bridal logo written on it. Image: XPOSURE via Daily Mail

Stephanie Scott’s memorial to be held…