Hugh Jackman gushes about wife Deb: “She’s the greatest thing that ever happened to me” 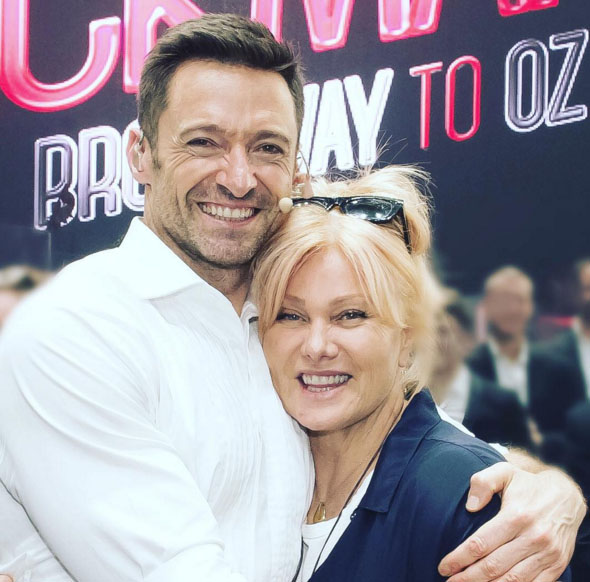 Hugh and Deborra-Lee are still very much in love after meeting 21 years ago. Image: Hugh Jackman via Instagram

True love still exists – even in Hollywood. In the lead-up to his twentieth wedding anniversary,  actor Hugh Jackman has gushed about his wife, describing her as “the greatest that ever happened to me.”

Hugh, who recently appeared on The Ellen DeGeneres Show, told the talk show host that he’s still madly in love with his wife, actress Deborra-Lee Furness, and how he is so grateful that he met her prior to all of his major achievements.

The X-Men actor, 47, spoke candidly to Ellen DeGeneres about his love for his wife Deb, 60, while promoting his new film Eddie the Eagle.

Ellen congratulated Hugh on his and Deborra-Lee’s upcoming 20th wedding anniversary, and Hugh couldn’t help but gush about how grateful he is to have his wife.The Golden Globe winning actor told Ellen, “obviously she’s the greatest thing that ever happened to me”.

Hugh and Deborra-Lee, who now produces independent films, met in 1995 on-set of Australian TV show Correlli. In his interview with Ellen, Hugh recalled how he instantly had a crush on Deborra when he first met her. “I had a major crush on her. Everyone did.

“The whole crew had a crush on her and I was so embarrassed I didn’t talk to her for a week.”

Just a year after the couple first met, they were married and now almost 20 years later Hugh has confessed, “It just gets better and better and I’m really grateful I met her before anything really happened.”

Hugh went on to say the he and Deborra-Lee have shared all of the major milestones in his career together, telling Ellen, “Everything that’s happened in my career and on screen, off screen- we’ve always done it together.” 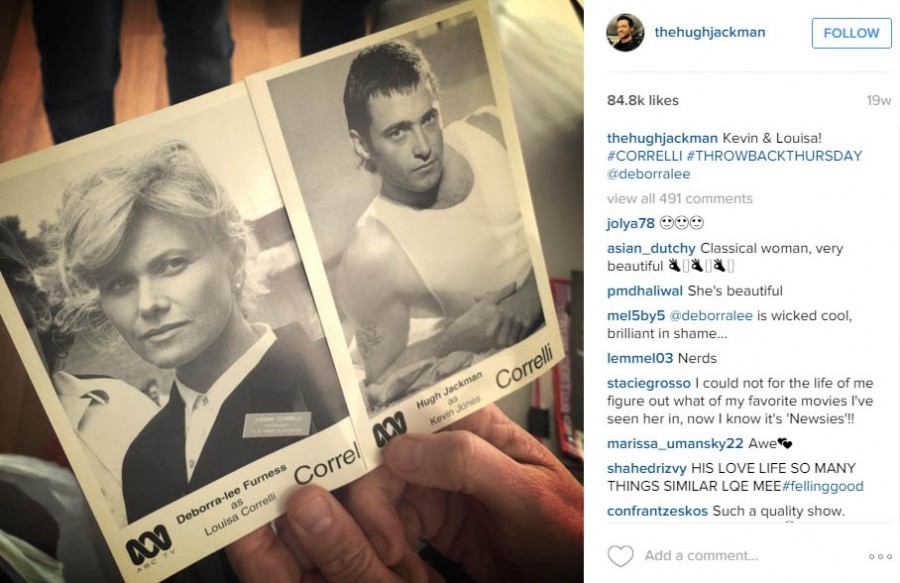 Deborra-Lee and Hugh were the stars of 1995 Australian TV show Correlli. Hugh posted this photo of their actor head shots from 21 years ago. Image: Hugh Jackman via Instagram

Hugh and Deborra-Lee, who share two adopted children, Oscar, 15, and Ava, 10, will celebrate their 20th wedding anniversary in April 2016.