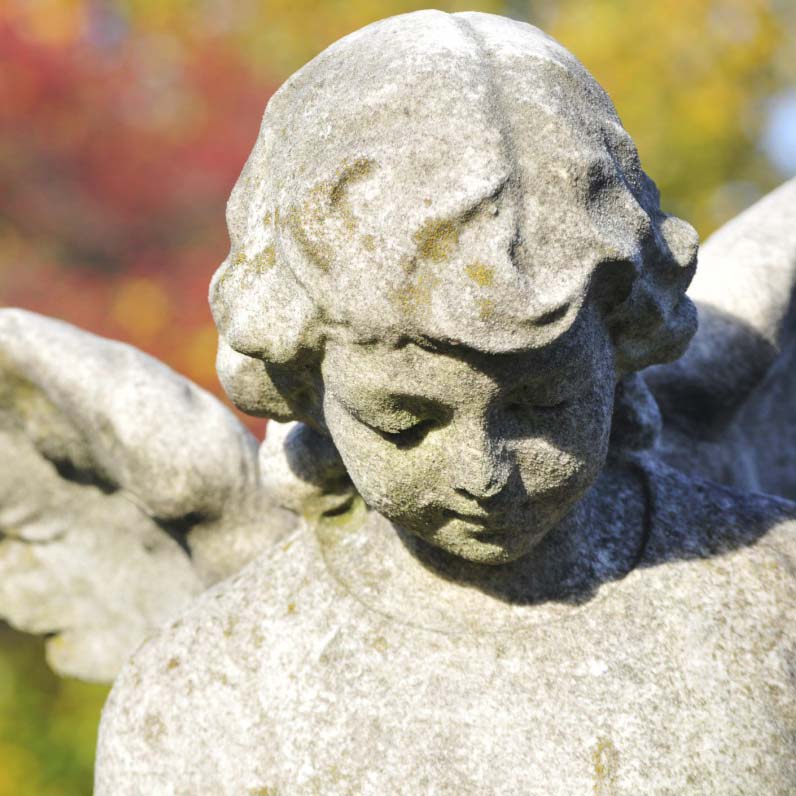 Here in Australia we’re used to wide, open, and lovely green spaces, but in other parts of the world, particularly crammed cities such as New York, space is at a premium. So, couples looking for unique, or even green spaces in which to hold an outdoor ceremony or reception must think, erm, outside the box, shall we say.

A growing trend amongst couples searching for such venues, ones that are not only large and green, but also unique, is to hold their wedding ceremonies and, sometimes, even receptions at cemetaries and funeral homes.

Yep, we kid you not. Places like New York’s Marble Cemetary charge couples $2,500 a pop to hold their wedding ceremonies and/or receptions in their “one-acre oasis of green”.

The fact that hundreds, perhaps even thousands, of graves may be within a few metres of the celebrations doesn’t seem to bother an increasing number of couples who consider such peaceful surrounds the perfect place to get hitched.

New York groom-to-be Garth Johnston has chosen a cemetary for his upcoming nuptials. He tells the UK’s MailOnline ‘There were a number of reasons why we chose the New York Marble Cemetery – a major one being how difficult it can be to find such a large, private green space in Manhattan.’

He added that, having grown up neighbouring the cemetary, the place also held sentimental value. ‘It was also attractive to us because we were quite familiar with it and its caretakers – I actually grew up in a house that overlooks it. So yeah, not worried about the deceased,’ he said.

A recent survey conducted by America’s National Funeral Directors Association found that at least 10 per cent of the 600 or so funderal homes in the US allowed events to be held on their premises in order to cover the cost of maintenance and landscaping. Given they all have kitchens, rooms large enough to host dozens of people, parking and bathrooms, they say it’s a logical use of their commercial premises.

And others appear to agree. One US funderal home, Flanner and Buchanan Funeral Centers in Indiana, says that it held just 10 weddings in 2009, but this year already have more than 100 weddings booked in.

But it isn’t just the rolling greens that have couples flocking to wed surrounded by graveyards. Sometimes, it’s pure sentimentality.

In May, Minnesota newlyweds Diane Waller and Randy Kjarland married near the graves of their parents as a way of including them in the wedding ceremony.

In total, the couple had at least 11 family members buried nearby.

“How cool is that?” said the bride, “To honor our parents and family, to have them with us in a weird sort of way.”