Finger-lickin’ photoshoot: would you take your wedding photos at KFC? This groom did! 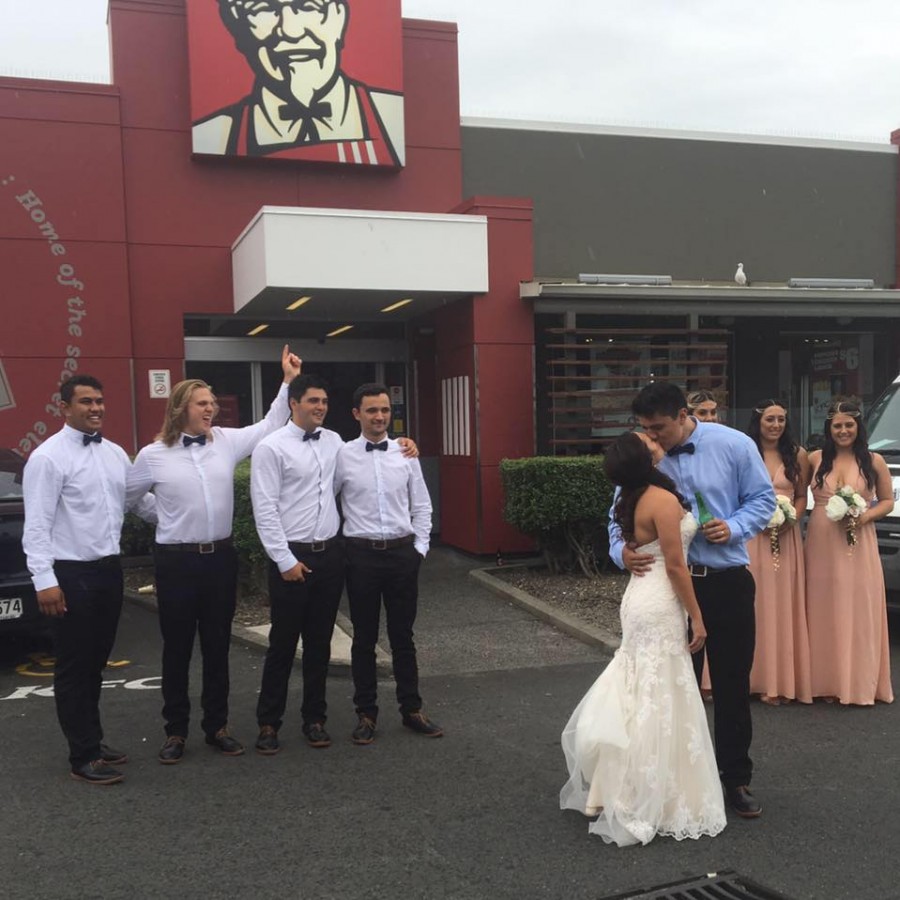 The lure of KFC’s finger-lickin’ good chicken was too much to bear for one fast-food mad New Zealand groom who insisted his bridal party stop at the local KFC for photos – and a quick bite – on his wedding day.

Wellington groom Louis Davis married his partner Ashleigh in Whangarei in New Zealand’s North on Saturday and, despite the whole affair being very traditional, it had one most unconventional aspect: a lovingly co-ordinated photoshoot in front of the groom’s favourite fast-food joint.

Yes, between the the ceremony and the reception, the entire bridal party was driven to the local KFC for a finger-licken’ photoshoot and, naturally, once the pictures hit the groom’s Facebook page, it immediately went viral.

“I’ve always had a special relationship with KFC so it made sense.” Louis, 21, told The New Zealand Herald.

“Ashleigh is a bit of a foodie, unfortunately I have a craving for take-aways.

“She’s really into trying ethnic cuisines: when we go out I tend to pick something safe, and then pick up a KFC on the way home.”

He added that he eats KFC at least three times per week.

While the bride did allow the KFC stop-off on their big day, the resulting photoshoot was a toned-down version of what the groom really had in mind: originally, he wanted the groomsmen to be completely naked with bouquets of flowers strategically covering their ‘chicken wings’.

You’d think Louis would deserve a lifetime’s free KFC given the global exposure KFC received as a result of wedding day stunt, but, says the groom, “That would probably be a dangerous thing, to be honest.

“I should at least get a snack box though.” 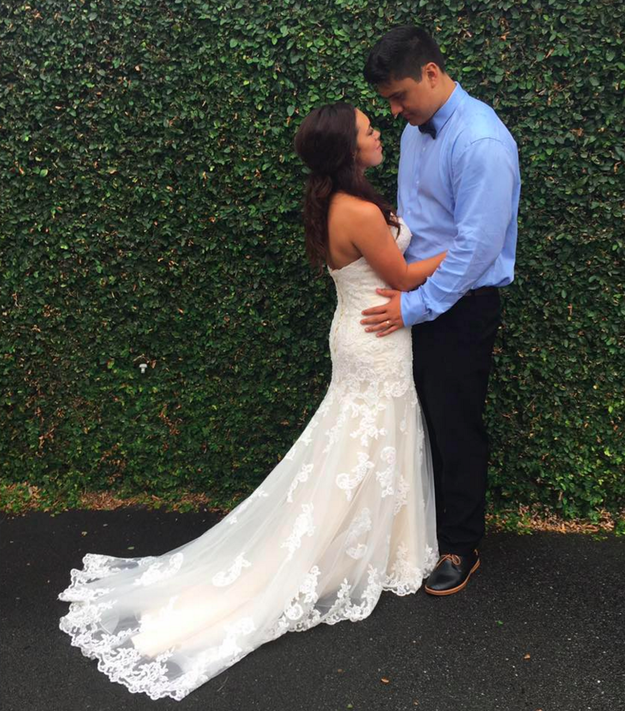