A car(riage) fit for a princess 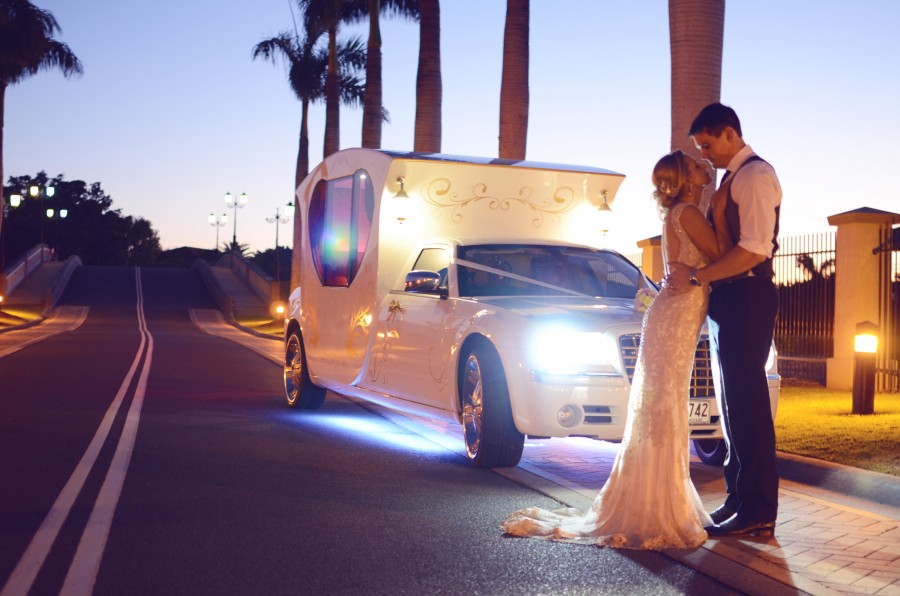 If you’ve ever dreamed of arriving at your wedding like a princess, then this is the car (that’s right, not carriage) for you.

Launched this year by Australian firm Luxcars, the Cinderella Limo “doesn’t just turn heads, it actually stops traffic,” laughs the managing director Alena Kouzmenkov, “we have seen people stop their cars and get out and have a look and, of course, take photos.”

Alena and her husband were owners of a successful international fast food franchise and on a trip to London were inspired by an exhibition featuring a carriage belonging to Queen Elizabeth II.

“We thought it was beautiful but we didn’t think about it again for a while.”

Later, when the couple sold their fast food business, they began to wonder if they could create a wedding car with similar features.

Months of too-ing and fro-ing with the state’s transport department followed as they sought approval for their design. Once a concept was approved it took seven months for a specialist car builder in Sydney to build the modern princess carriage.

“It took us years to create it. First, I had a designer friend draw the concept I had in my head, then I went to a mechanical engineer produce a workable design for it.”

“It’s a completely unique vehicle. And it’s not just the way it looks from the outside, it’s always the way it feels on the inside with the gold, the red velvet, the dark wood. It’s really lovely.”

Luxcars has been inundated with enquiries about their Cinderella Limo from all over Australia – and the world.

“People want to feel like royalty on their special day and this is what the car is about,” she says.

They are now in the process of adding to their fleet with more Cinderella Limos on order.

Monaco gets a new princess

Crown ring for a princess