Ask Samantha: I don’t want to invite my best friend’s partner to my wedding? Is that OK? 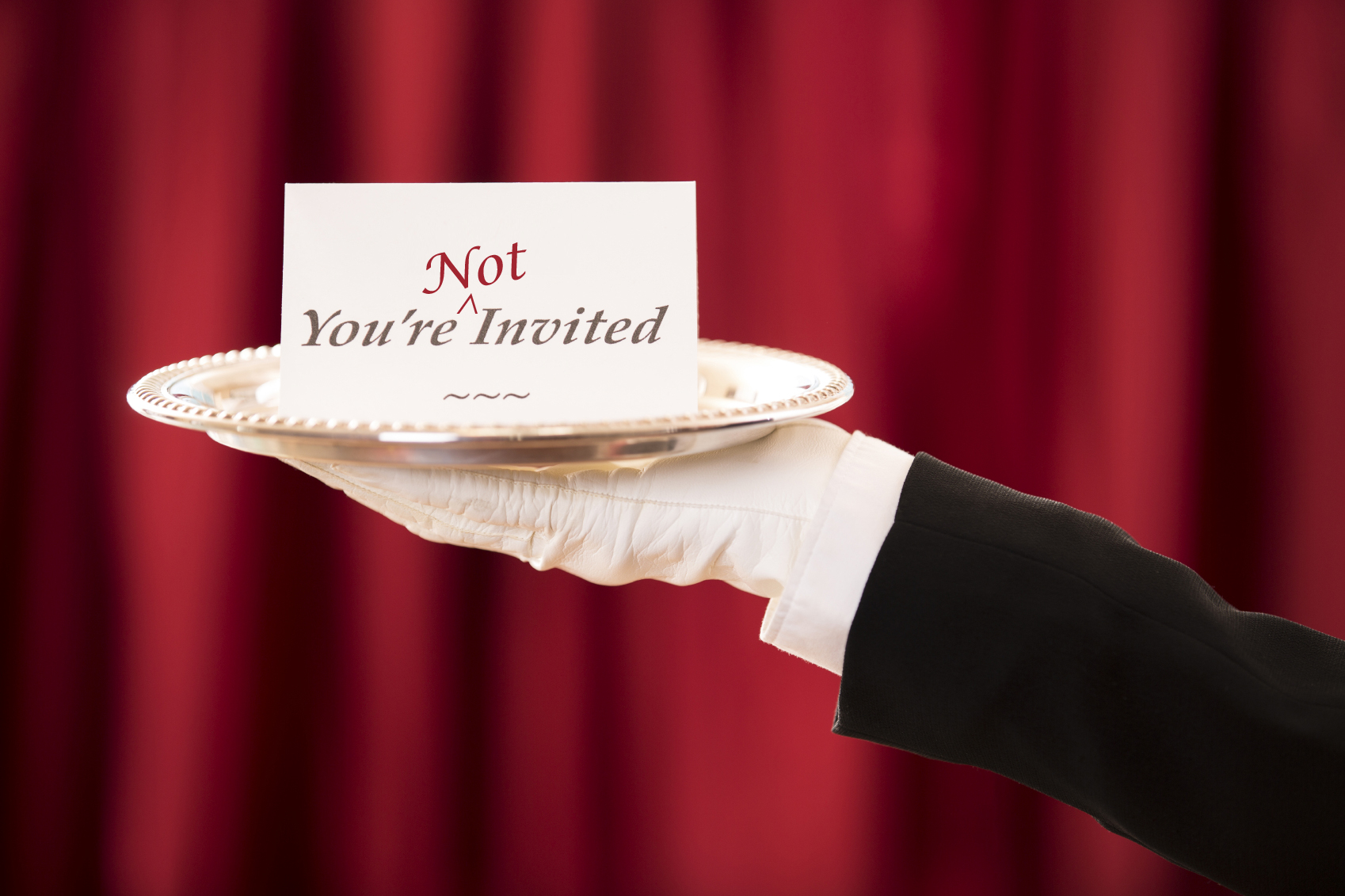 I want my best friend to be at my wedding but not her partner. Is it OK to NOT invite him to my wedding?

Our wedding venue only fits a certain number of guest. On top of that, we have a very tight budget, therefore, my fiance and I have had to cut down our wedding guest list. Naturally, I want my best friend there but we are debating whether we need to invite her partner as we don’t know him very well.

In an ideal world, most couples would share their big day with as many people as possible but, often due to budget and venue size restrictions, it’s just not possible, so culling one’s guest list is, unfortunately, a very real (and very painful) task most of us are forced to undergo.

Thankfully, most guests understand this.

However, not all guests will understand this – especially if they’re being invited and their partner is not.

What’s the status of their relationships?

Inviting one half of a couple and not the other half is a potentially perilous move, especially if the relationship is an established one.

You’ve said you don’t know your bestie’s partner very well, but you don’t state whether that is because the relationship is a new one or whether it’s because you’re just not terribly friendly with him.

Either way, the length and status of a partnership is the first step in establishing how to handle this scenario.

Traditionally, if someone is married or in a long-term relationship, inviting their spouse/long-term partner is the correct (and nice) thing to do – and this applies whether you know them well or not.

However, if your friend and her partner have not been in a relationship for too long, then you may be able to get away with not inviting him without ruffling too many feathers. But, this raises the question of how long is ‘too long’?

Is it weeks? Is it months? Is it years?

Remember also, that though you don’t feel an affinity for your best friend’s partner, he may feel one for you and, as her partner, he may be genuinely hurt at not receiving an invitation.

Budget and venue size concerns aside, generally, the only time it’s acceptable not to invite someone’s spouse or long-term partner is if it’s a work colleague as it’s unlikely you’ll even have met, let alone know well, their significant other.

What is your best friend’s role in the wedding?

Your best friend’s role at the wedding, too, will also be a factor, though not necessarily one that will change the outcome or how you tell her partner he’s not involved.

For example, if your bestie is a guest, then she won’t have her partner with her during the entire event and will have to attend alone.

If, however, she’s in the bridal party, it will have less of an impact as she will be busy attending to her bridesmaidy duties and won’t feel the loss. If he’s there though, he may as he’ll, presumably, be alone for the entire ceremony and reception.

The thing is, he may not be important to you, but he’s probably really important to your bestie and, though you, undoubtedly, are too, you’re going to put her in a position where she’s forced to choose between the two of you and, well, people generally don’t react nicely in those situations.

Similarly, the event isn’t a birthday party or a graduation party, it’s a wedding and it’s about joining two people in marriage. By not inviting her partner, it could be construed as, effectively, dividing her relationship. It’s not a nice thought, but it’s an argument made by many wounded parties whose own spouses haven’t been invited to weddings and, well, it’s a legitimate one.

She’ll either be thoroughly offended and flat out refuse to attend your wedding if her partner isn’t invited – or she’ll understand and still attend. And, you never know, her partner may be relieved and not actually want to attend the wedding of two people he doesn’t know terribly well either.

As long as you’re prepared for her reaction, whatever that may be, and you’re willing to live with the consequences, which may result in an argument or, worse still, the end of your friendship, you can, of course, not invite her partner.

But you’ll have to ask yourself whether the risk of a rift or, worse still, losing your bestie’s friendship is worth not asking some bloke you don’t know to your wedding. And is it worth cutting out something else that, perhaps, won’t be missed, in order to stretch your budget and include him given how happy it will make your best friend?

She’s not a stranger. She’s your best friend and she probably knows your deepest, darkest secrets and thoughts and, therefore, is someone you can be totally honest with. Similarly, you probably know her well enough to know, even roughly, how she may react.

How to tell her…

If you and your fiance have considered everything above and still feel not inviting your best friend’s partner is the right decision, then it is your absolutely prerogative to do so.

Whilst it may be a difficult conversation to have, it is imperative that you do have it – and sooner rather than later, especially if she’s in the bridal party or her partner, assuming he’ll be attending, is about to lash out on a new outfit or take annual leave to ensure he can attend.

Be completely up front as to what your reasons are and, if you have difficulty in broaching the subject, see this past answer: how to (tactfully) tell someone they’re not invited to your wedding.

Be sure to explain your circumstances, that numbers are limited due to the reception venue’s seating capacity and your budget and, as a result, you have only been able to invite a small number of family and close friends as a result.

Hopefully your friend will understand and appreciate your honesty. If she does – and still attends, be sure to seat her with people she knows and gets along with so that she’s not alone throughout the event.

Ask Samantha: Would it be wrong…

Ask Samantha: how do I cancel…

How to (tactfully) inform friends and…