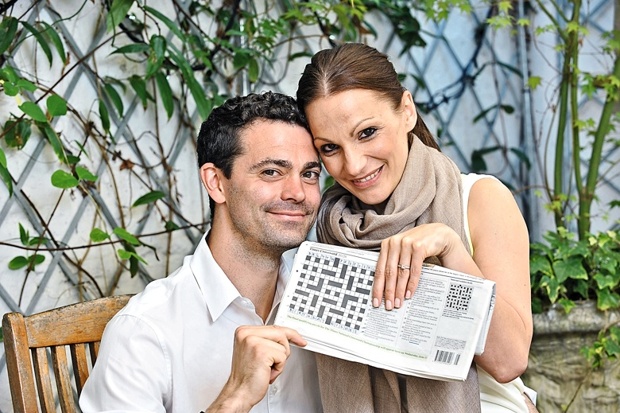 Matthew Dick and Delyth posing with the cryptic crossword puzzle. Image: The Times

The Times crossword is a notorious challenge for British readers on their morning commute. Although it can sometimes be stressful, it can also be the source of celebration as Delthy Hughes discovered when her lawyer boyfriend Matther Dick created some rather unique clues.

Mathew, 38, told the Times that when he showed his Welsh beau Delyth, 39, the proposal at breakfast, he waited for her to realise what was happening before “[I] reached into my pocket to reveal the ring.”

“She looked so surprised and didn’t say anything for about 30 seconds, before then saying ‘No’, which she thought was hilarious,” he added. “But she did then say ‘Yes’ and I had to tell her this was the real Times crossword, not something I had printed out myself.”

Hidden amongst the clues was: Pretty Welsh girl widely thought not to be all there.”

The answer being: Delyth; and, of course the big question, “Will you marry me?” 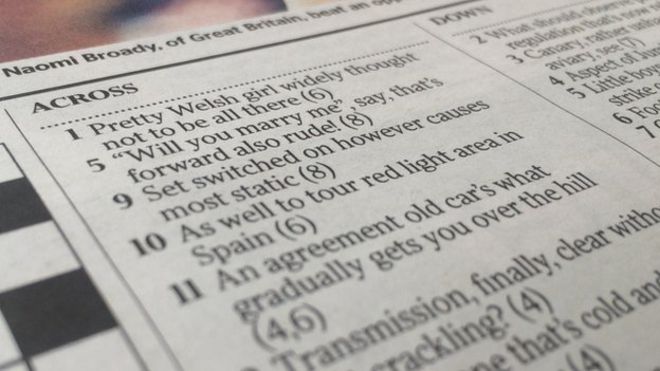 The proposal was hidden in amongst regular clues. Image: BBC

The bride-to-be marketing executive said she was “dumbfounded” at the amount of effort her sweetheart had gone to. “It was also bloody typical,” she said “he’s a smart-arse at the best of times.”

“I’ve heard all the engagement stories but this one trumps them all. It’s so special and such a geeky way of doing it.”

Richard Rogan, editor of the Times crossword commented saying he believed this was the first time the newspaper had included a hidden proposal in the puzzle in the 85 years it has been in print. He added “We won’t be doing it again.”