An engagement ring made from a wisdom tooth? 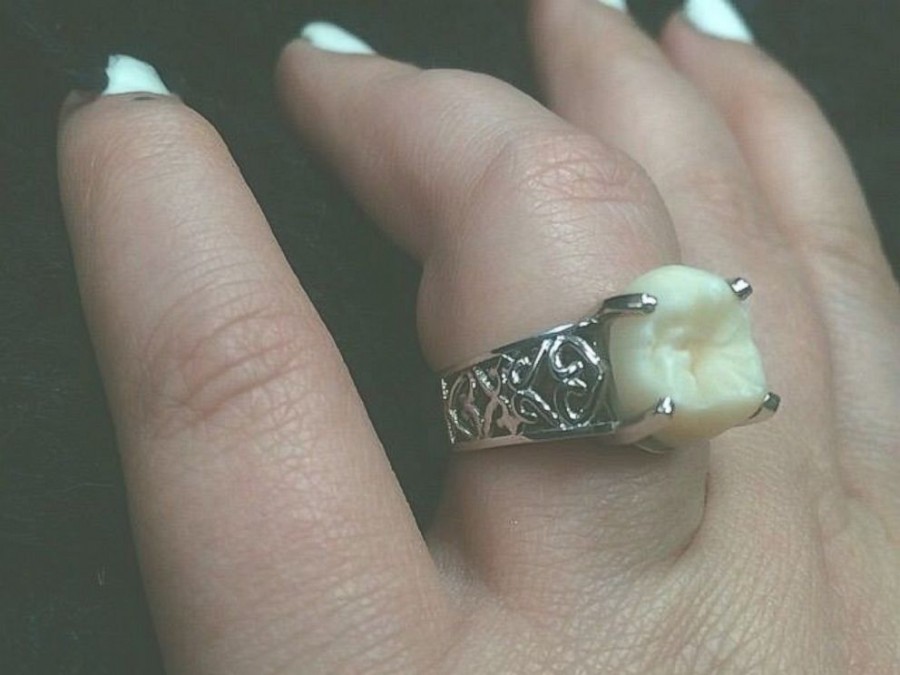 An engagement ring made with a wisdom tooth. Image: Carlee Leifkes

They say diamonds are a girl’s best friend, but what about wisdom teeth? This is exactly what this quirky groom decided to propose with.

Canadian Lucas Unger pulled the tooth out when he was 17 and kept it at his parents’ house.

Years later, in early 2015, he met Californian Carlee Leifkes at a Vancouver music festival and the romance immediately sparked.

The smitten pair spent the day dancing, holding hands, and eating grilled cheese sandwiches. It was Lucas’ lack of care for what other people thought that immediately attracted Carlee, something that may explain Lucas’ unusual choice of ‘gemstone’ when it came time to propose.

The alternative couple discussed getting married early in their relationship and both always knew they wanted a ring that truly represented their quirkiness and lack of conformance to ‘the norm’.

So, when Lucas’ father found his forgotten wisdom tooth in the family home and sent it him, Lucas knew exactly what to do with it: use it as a basis for Carlee’s engagement ring, of course.

The pair took the tooth to George Boshaura of Bridewell Diamonds and Jewelry in Los Angeles and asked him to work his magic on it.

“This was the first time in my 30-year career that I made a wedding ring out of a wisdom tooth,” the jeweler told ABC News. “Designing it was very exciting.”

Lucas picked up the ring without Carlee seeing it and surprised her by proposing on Halloween in front of her entire family. Her response was an immediate ‘yes!’

“Diamonds are overrated,” Carlee told ABC News. “We’re a very non-traditional couple, and we like to have fun.

“The tooth symbolises the weird, quirky, odd couple we are. Every tooth is different, and the tooth also shows what my husband’s willing to go through for me.

“Lucas, literally, grew this and went through pain when he got it removed, and all that went into my wedding ring.”

Unsurprisingly, the couple did not opt for a traditional ‘white wedding.’ They married on November 21 (2015) in Las Vegas and the bride wore a pink dress. An Elvis impersonator officiated the ceremony. 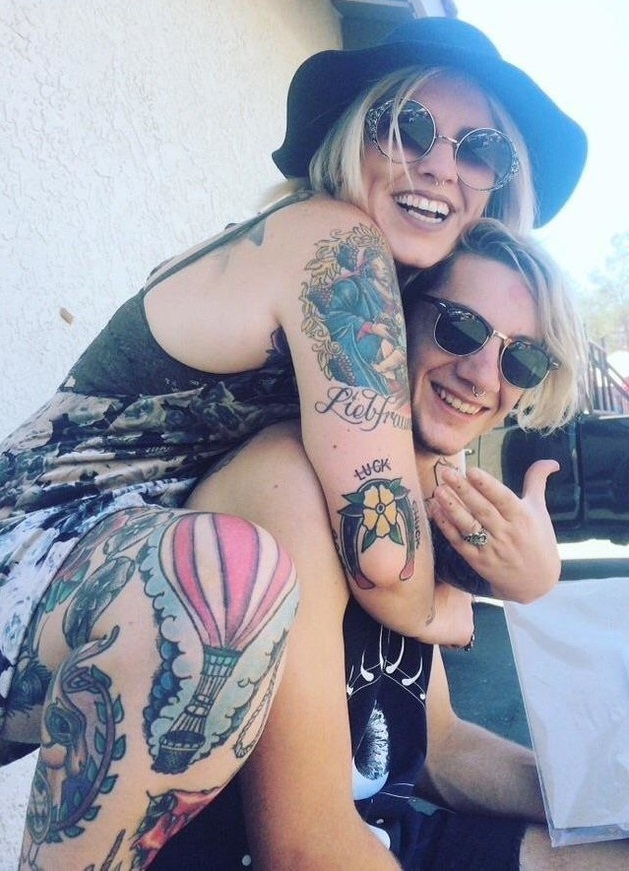 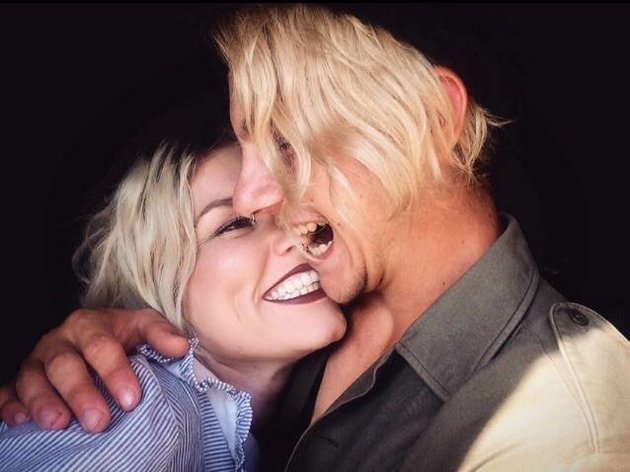 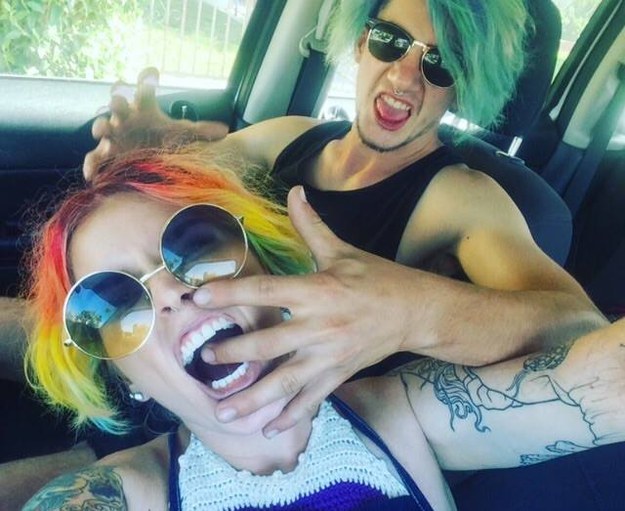 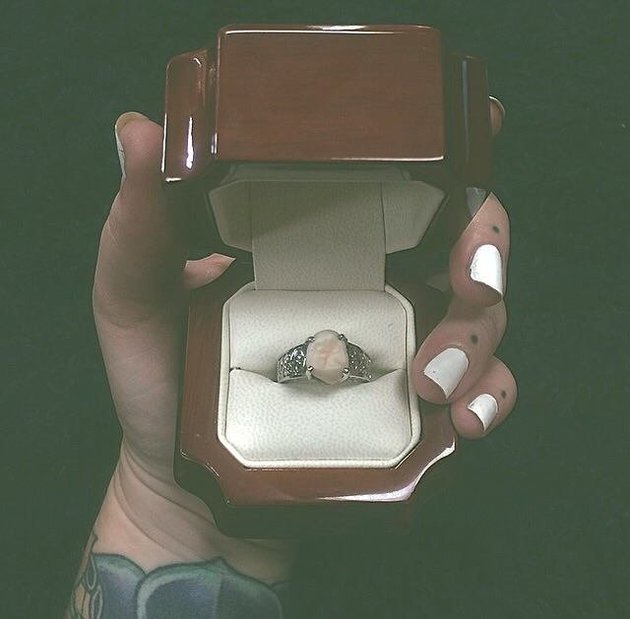 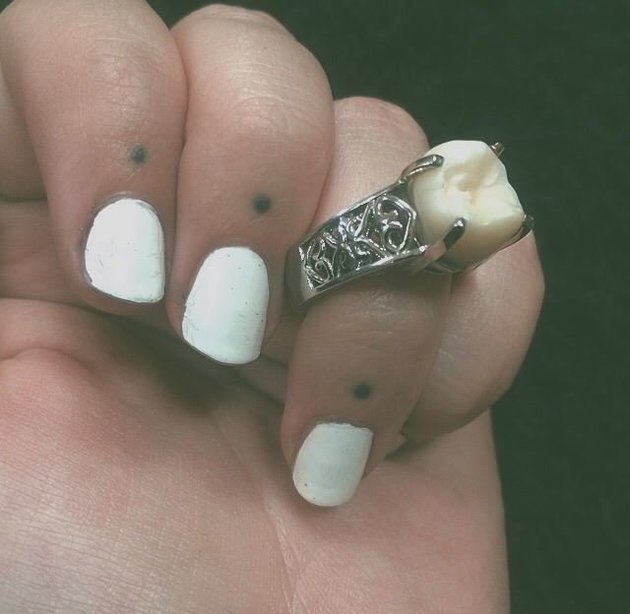 No engagement for you! Your ring…