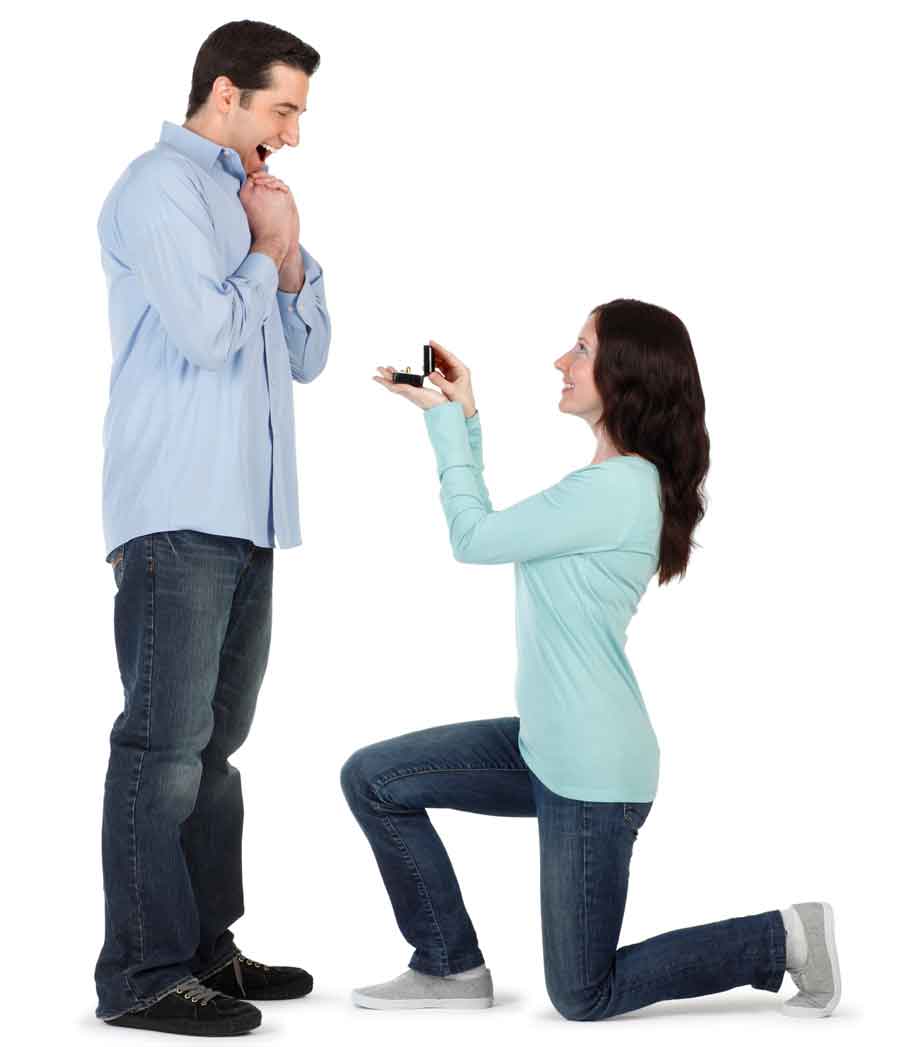 Forget ladies night, ladies get a whole day on February 29! Since Leap Day only occurs every four years, many women embrace the rare occasion and propose marriage to their significant other, and, while women proposing on Leap Day is a long-standing tradition, where exactly does this tradition come from?

Like so many other folklore stories, there’s myth and there’s a bit of fact. The most common story behind this tradition comes from Ireland. In the 5th century, St. Bridget approached St. Patrick to tell him that women were tired of waiting for men to propose and that they wanted to be able to ask their man themselves. After much debate, St. Patrick agreed to allow women to propose on Leap Day. I’m sure St. Bridget was overjoyed for women to be given one day every four years when they had the opportunity to propose. Aren’t you glad we don’t live in such an antiquated world anymore? Now, for the myth. Sceptics have stepped forward to disprove this story by pointing out that St. Bridget was only nine or 10 years old when St. Patrick died, making this an unlikely story.

Though the origins are possibly unknown and hard to prove, that doesn’t mean that the concept of women proposing to men isn’t a great tradition that has circulated throughout many cultures. It’s believed that in 13th century Scotland, a law was passed that if a man declined to marry a woman after she proposed, he must pay a fine. This fine was most commonly a kiss, a silk dress or a pair of gloves. In Finland, the fine for a man refusing a marriage proposal on February 29th was enough fabric to make a skirt. That’s at least better than a pair of gloves to cover up the ring missing from your left hand.

Another Leap Day story comes out of Scotland in 1288. It’s said that Queen Margaret, who was unmarried, created a law that women could propose on Leap Day but that they must wear a red petticoat as a way of giving the potential candidate a little heads up. Sadly, even with years of scholars searching, this law has never been found. In Britain, the story goes that Leap Day was treated as not a real day and that laws didn’t apply. Without any laws binding women to tradition, they took the opportunity to propose to their men. No matter the culture, there still seems to be a fascination with this trend, just watch the movie Leap Year with Amy Adams from 2010 and you’ll know what we mean.

If you’re the type of woman who would like to propose to your partner, you’re also likely not the kind of woman to let society dictate her actions. So in that case, whenever you decide to propose, we say go for it. ‘Cause seriously, who has time to wait for Leap Day every four years?