There’s few questions which bring more nervous moments than “Will you marry me?” And provided the answer is “Yes”, it’s the start of a wonderful road to happily ever after. Along the way, though, there’s some etiquette and some evolving traditions to consider. Here is some information to get you started.

These days the practice is still quite common, but the intent has changed dramatically. First and foremost, it’s now more of a symbolic and respectful request, rather than one where Dad’s verdict is final. After all, women are now entirely recognised as their own person – not to be handed from family to husband – and this means no parental input into who she marries is needed or necessary. Plus, there’s no longer even an assumption that it will be the man who proposes. After all, as people such as P!nk have shown us, ‘Will you marry me?’ is a gender-equal question, as it should be.

Further to this, the role of parents is also now seen as more equal, rather than the father being the head of the household. So those suitors who do come looking for approval often choose to seek it from both Dad and Mum who, in fairness, often has done much of the child rearing. Again, it’s more symbolic than anything, but it’s a wonderful moment to share the excitement with the people who will hopefully soon be your in-laws.

Of course there’s some circumstances in which it’s just not appropriate. Perhaps her parents aren’t around. Perhaps you love her with all your heart but her parents have just never warmed up to her relationship with you. Or perhaps she is estranged from them herself. Whatever the case, it’s important to do what works for you as the proposal is coming, no matter what.

Once you have permission to drop to one knee – if that’s important to you – it’s time to pop the big question. Under wedding lore, this was usually done by the man, who would present his beloved with a ring. But again, changing times have influenced this for the better, to offer options for all different types of relationships.

For starters, men don’t always propose with a ring in hand, since many modern women would prefer to have a say in the design of a piece of jewellery they plan to wear forever. Plus, of course, there’s women who don’t like to wear them at all and may prefer another sort of engagement jewellery, or even nothing altogether.

On the alternate side, it could also be the woman proposing, in which case she could also have a ring to use, as engagement rings for men have begun to find a niche. However, if she wants to give him options she may also let him have a say in the design afterwards, buy another piece of jewellery such as cufflinks, or again have no physical symbol of the engagement at all.

The majority of couples these days still select an engagement ring for the woman. But no two situations and scenarios are alike, which means you can safely ignore the common piece of lore that suggests you spend the equivalent of one or two months’ salary.

Instead, spend what you can afford on what you love. If you’re saving for a house and consider that more symbolic, then perhaps you don’t need a ring with major bling. Or perhaps you love a stone that’s not especially precious or you’d rather have something small as you want a wedding ring with impact. Maybe you’re even planning such a short engagement you can’t see the point in having one at all. Whatever the case, remember, there’s no right or wrong – just what’s right for you unique relationship and perspective.

When you pop the question and hear those three little words – “yes” – in return, tradition says the first people you should tell are the bride and groom’s parents. And these four are probably still the ones who deserve to hear it first. Then it can be a race against time to tell everyone else before they hear the news secondhand.

The next port of call should be other family members and your closest friends. After that it can be a good idea to make an announcement on a site such as Facebook, so that people you aren’t as close with can hear the news without you having to make a million phone calls.

If there happens to be a family or friends gathering coming up, you could aim to keep it quiet and announce it then. Just know though, that if it’s a do in someone else’s honour, then it’s very poor form to steal their thunder. So pick your moment – and then own it.

For people who decide to have an engagement party, they often tend to make it a low-key affair – one dedicated more to sharing their good news with friends and family, say over dinner or a backyard party, than at an extravagant reception-type affair.

It’s tradition for the cost to be born by the bride’s parents, often in conjunction with the groom’s, but as with many things to do with modern weddings, the couple may decide to host it themselves so they have full control over the bash.

It’s also pretty traditional for the bride’s father to make a speech, to which modern families often add the mother. The groom-to-be will also usually say something, and maybe his fiance too, and his parents, although everyone’s words may tend to be quicker and much less formal than at the wedding itself.

As a general rule, there will be gifts, whose arrival may help you cull or finalise your wedding registry. But on a practical note, remember, that should the engagement fall over, etiquette demands the return of the presents to the guests who gave them. Similarly, if one member of the couple breaks off the engagement, they should at least offer to return their ring, or other item of symbolic togetherness. Their jilted partner may not want them back, but the offer should be made.

In short, traditional wedding etiquette continues to evolve as society does. So know the basics and then adapt it to suit, remembering that, at the end of the day, it’s your engagement and you should cultivate it when and how you alone desire. 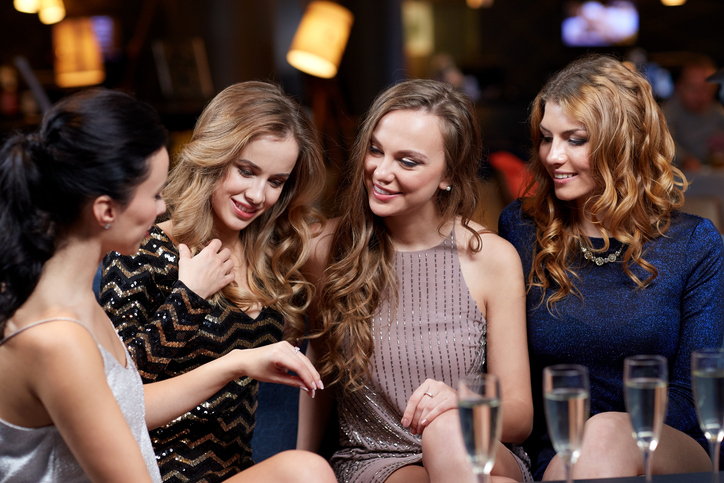 Now that you’ve proposed – let’s get to planning your dream wedding!