Sam and Phoebe have married in a stylish ceremony in New South Wales, Australia. Image: Alex Perry via Instagram

Dewsbury-born Sam met Phoebe, 26, at an Avicii concert in 2014 and the pair instantly clicked. The couple had been dating for only a few months before the 27-year-old rugby star popped the question to the Australian writer during a romantic holiday in Europe.

Sam and Phoebe wed over the weekend in a stylish ceremony at Bowral, in the Southern Highlands of New South Wales. 200 guests attended the rose petal adorned ceremony including Hollywood actor and owner of the South Sydney Rabbitohs Russell Crowe, Rabbitohs captain Greg Inglis and Sam’s teammates including John Sutton, Jason Clark and Luke Keary.

The newlyweds and their guests enjoyed a traditional English meal of chips and steak under a huge marquee located on the acreage, before rock band The Nevilles performed to kickstart the festivities. 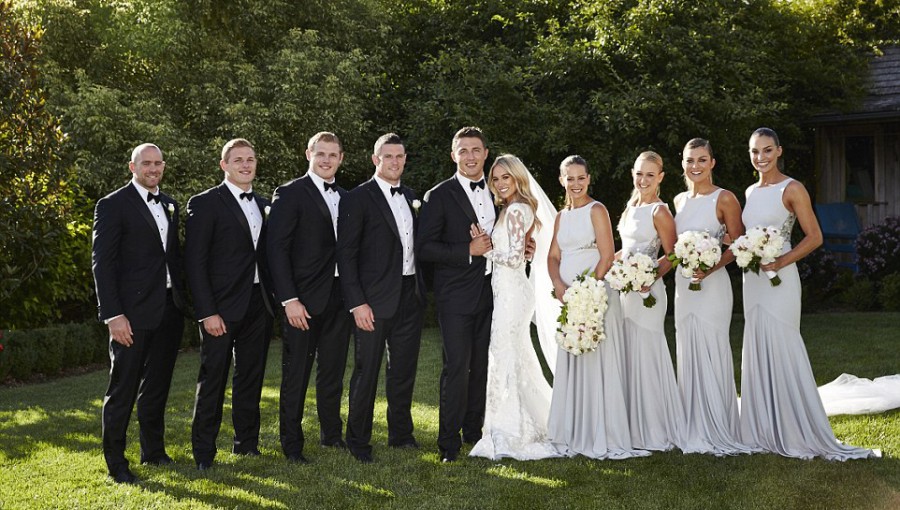