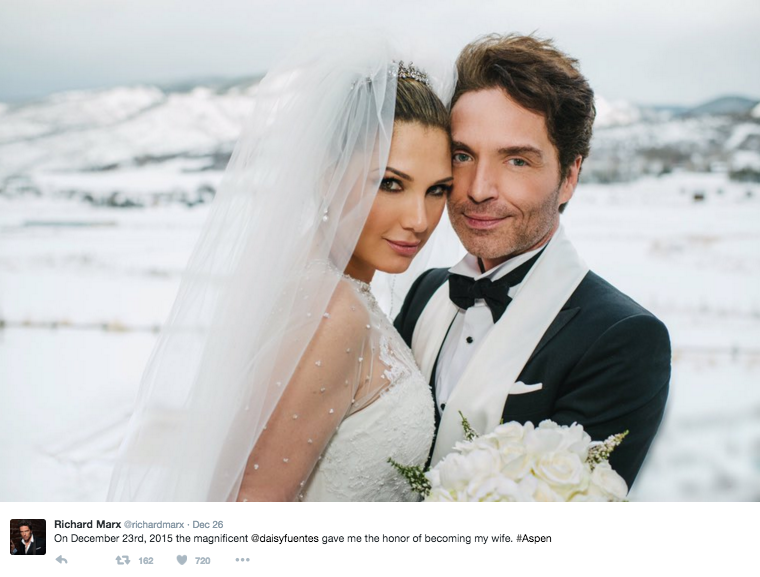 Daisy Fuentes and Richard Marx have taken to social media to share snaps of their snowy Aspen wedding. Image: Richard Marx via Twitter

The couple married just two days before Christmas during a family holiday to Colorado’s popular ski resort town of Aspen. The bride, 49, and the groom, 52, took advantage of having both their families together in one place and chose to marry at the Aspen City Hall.

Their wedding took place just one month after the dashing pair became engaged and the ceremony was officiated by Daisy’s sister Rosana.

Daisy and Richard have since shared a number of private images of their special day on their respective social media accounts, announcing to the world they are now husband and wife.

Daisy, who is a TV presenter and former MTV VJ, shared the below image on her Twitter account, captioning the photo, 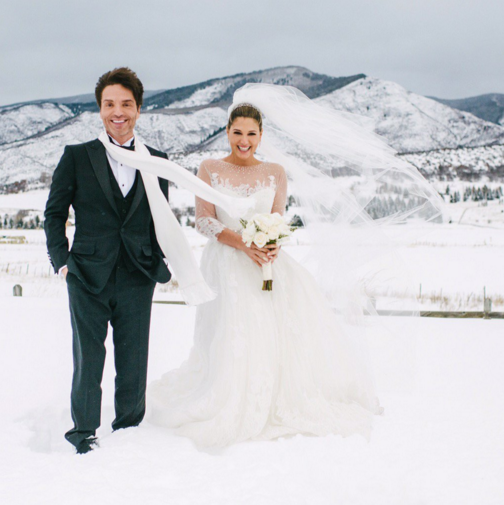 For the ceremony Daisy wore a faux fur ensemble and for the ensuring celebrations held at a private residence, she donned a gorgeous Pronovias gown with lace embellishments and scalloped sleeves.

Richard, who is best known for singing such ballads as Right Here Waiting for You and Now and Forever, looked dapper wearing a Gucci tuxedo and a simple white scarf. 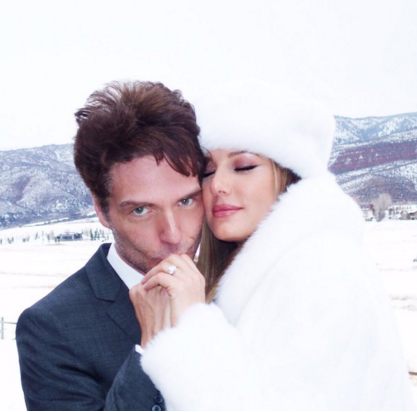 Daisy and Richard in their ceremony attire. Image: Richard Marx via Twitter

This is Richard’s second marriage. He was married to dancer Cynthia Rhodes, of Dirty Dancing fame, from 1989 to 2014. Daisy, too has been married previously, to actor Timothy Adams, between 1991 to 1994. 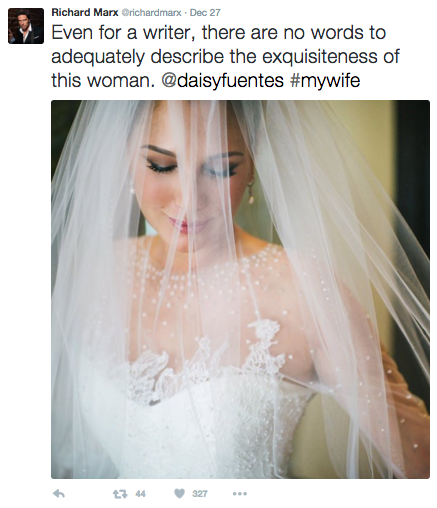