Of course, we are in love with the Netflix series “The Crown” like the rest of the world, and we admittedly binge-watched the entire two series in a few consecutive sittings. But amongst all of the royals, Princess Margaret really caught our attention, from her impeccable style all the way through to her remarkable story of heartbreak and determination. Here are a few reasons why we’re obsessed with Princess Margaret:

Her effortless royal style. Never boring or drab! Although she wasn’t ever the queen, she certainly was the queen of style! She is effortlessly cool, even when wearing drop earrings and a tiara. 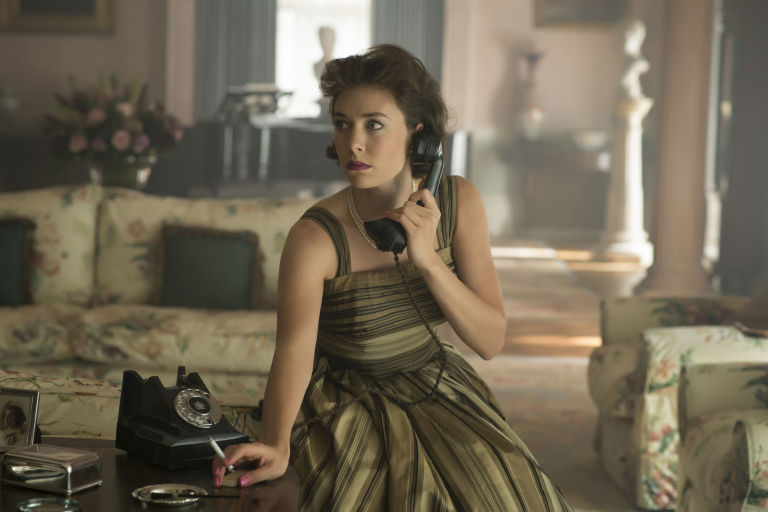 Life for Princess Margaret was never boring, from her denied marriage to her topless shoot with husband to be Antony Armstrong-Jones, who had a love child while the pair were on honeymoon! During their marriage, Princess Margaret allegedly had affairs with numerous high profile men, including Mick Jagger. She was a socialite who formed friendships with many rich and famous members of society.

Her dedication to her true love, Peter

Love is love, regardless of status, gender, wealth or the fact that your spouse to be has been married before. It broke our hearts when she made the statement on the show that she would not marry Peter Townsend after years of waiting, and surely it would have broken hers in real life: “I would like it to be known that I have decided not to marry Group Captain Peter Townsend. I have been aware that, subject to renouncing my rights of succession, it might have been possible for me to contract a civil marriage. But, mindful of the Church’s teaching that Christian marriage is indissoluble, and conscious of my duty to the Commonwealth, I have resolved to put these conditions before any others.

“I have reached this decision entirely alone, and in doing so I have been strengthened by the unfailing support and devotion of Group Captain Townsend.” She fought long and hard to have the marriage she wanted, and it was denied.

Vanessa Kirby did an absolutely wonderful job of portraying Margaret in such a way that the world fell in love with her. The actress reportedly listened to music, read books and listened to interviews to get into character. “She really had to deal with her grief without anybody. She isn’t allowed to marry Peter so who does she turn to? Who does she have?” Said Kirby.

While the casting on the first two seasons was impeccable, the shows’ creators have decided to recast the next two seasons due to a gap in time, and the role is set to be played by Helena Bonham Carter. Vanessa Kirby has commented that she is very upset to no longer be playing the part:  “I just love her, I don’t think I’ll ever have a better part.”

Do you love the Netflix series ‘The Crown’?