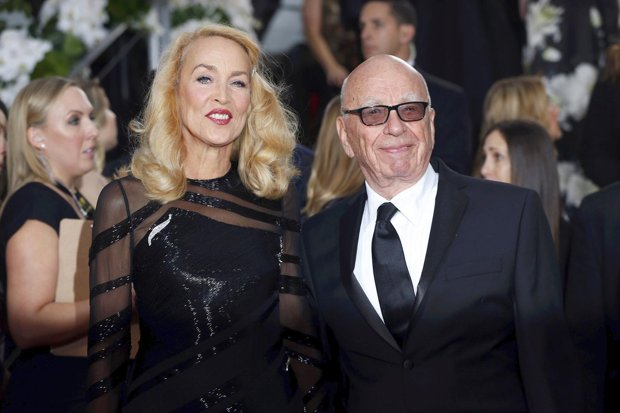 After a whirlwind four-month romance, media mogul Rupert Murdoch and model Jerry Hall have announced their engagement – in one of Rupert’s newspaper, of course.

The 84-year-old executive chairman of global media giant News Corporation proposed to Jerry, 59, during a trip to Los Angeles this week for the 73rd Golden Globes.

The couple, who have been dating since October 2015, were introduced by Rupert’s sister and their relationship is his first since his 2013 split with his wife of 14 years, Wendi Deng.

Jerry and Rupert have 10 children between them from prior marriages.

This will be Rupert’s fourth marriage and Jerry’s first, as her ‘marriage’ to Mick Jagger in 1990 was deemed invalid due to their unofficial private ceremony. 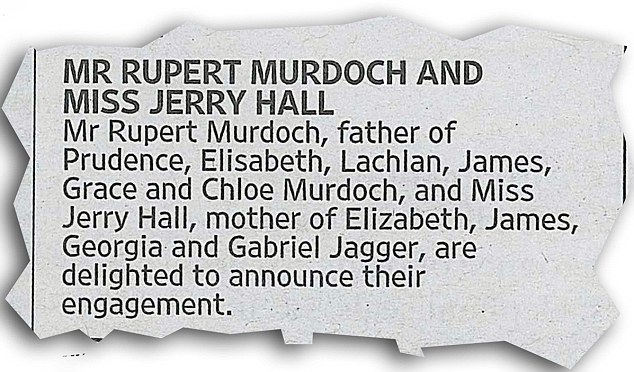 Rupert announced his engagement in the pages of his own newspaper, London’s Times. Image: The Daily Mail

Naturally, Rupert announced the big news in one of his many newspapers. He posted the announcement above in the Births, Marriages and Deaths section of London’s The Times. 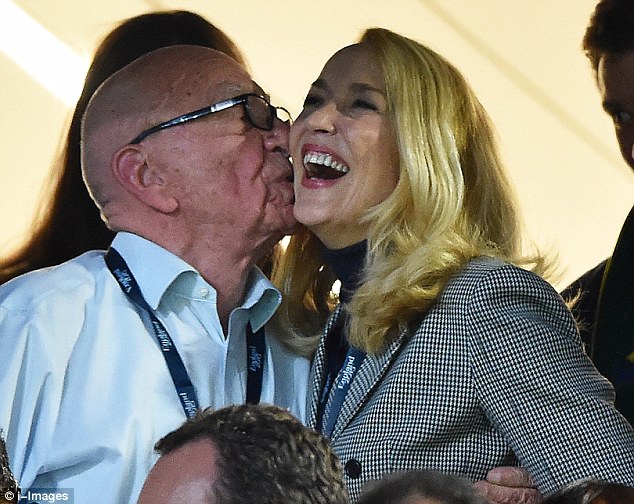 Rupert and Jerry made their first public appearance together at the Rugby World Cup final in London in October, 2015. Image: i-images via The Daily Mail.

Are Miley Cyrus and Liam Hemsworth…