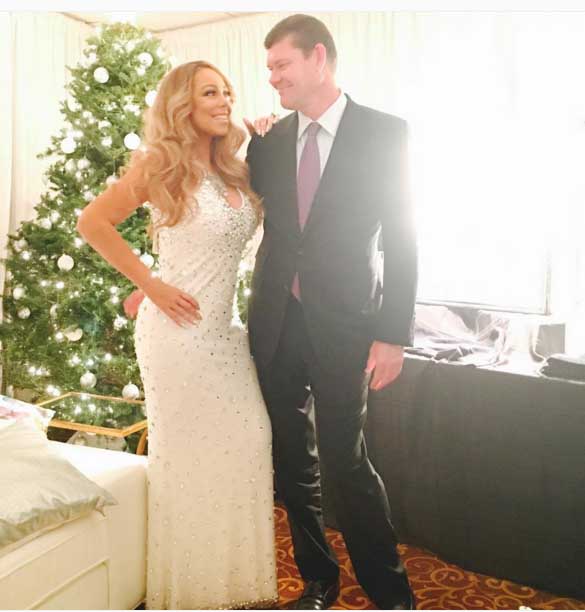 A vision of love: Mariah and her new fiance, James Packer. Image: Mariah Carey via Facebook

The couple, who have been dating for about six months, became engaged in New York last night and, according to E! News reports “Mariah’s new diamond bling comes in at around 35 carats.”

They began dating around June 2015 and, by November, Mariah had moved into James’ Beverly Hills residence. 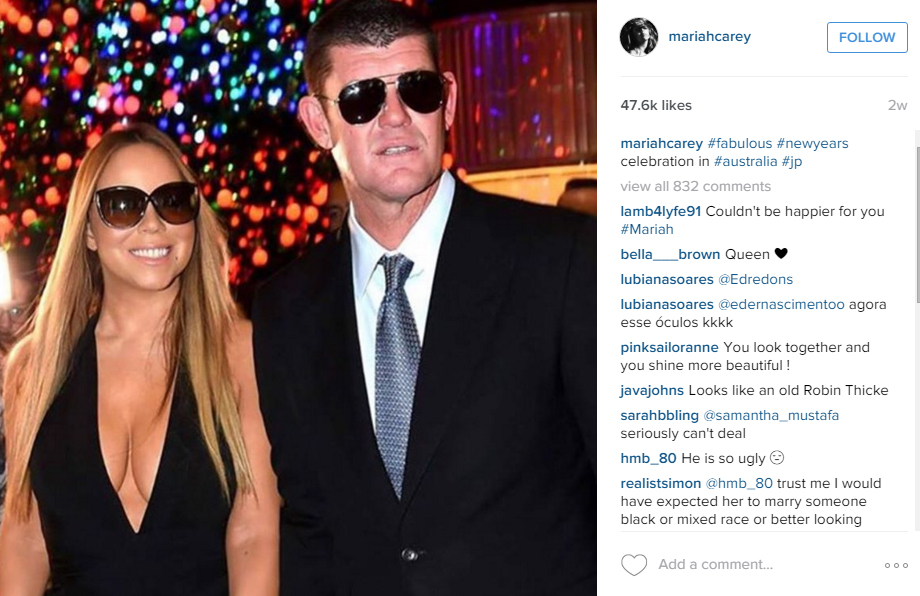 A wedding date hasn’t been announced but it will be the third marriage for Mariah, who previously wed music executive Tommy Mottola (1993 – 1997), as well as rapper Nick Cannon (2008 – 2015) with whom she has four-year-old twins.

It will be James’ third marriage. He and model Erica Baxter were married between 2007 and 2013 and have three children together. Previously, he was married to Jodhi Meares between 1999 and 2002.

How Mariah Carey does karaoke >)