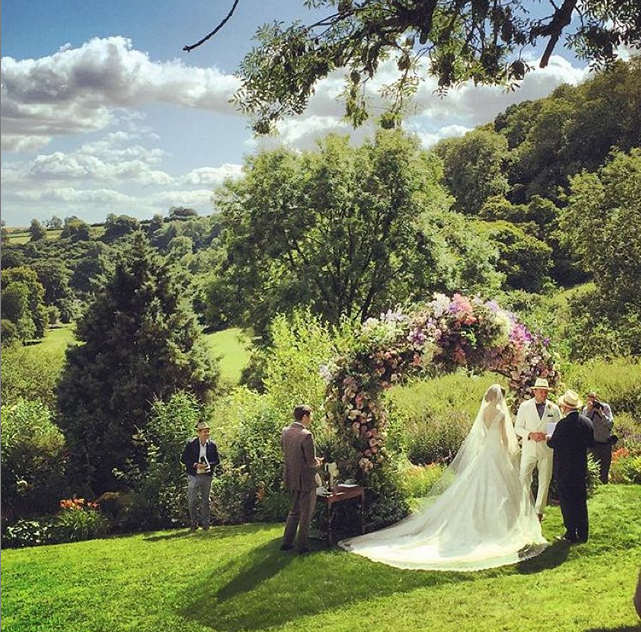 British director Guy Ritchie has married his model fiancee Jacqui Ainsley in a three-day festival themed wedding at their county estate in Wiltshire.

The newly married couple and star-studded guest list have taken to social media using the hashtag #jaxguyjuly to share their pictures of the beautiful weekend wedding, giving fans a first-hand view of the nuptials which included an exclusive al fresco screening of Guy’s new movie, The Man from U.N.C.L.E. 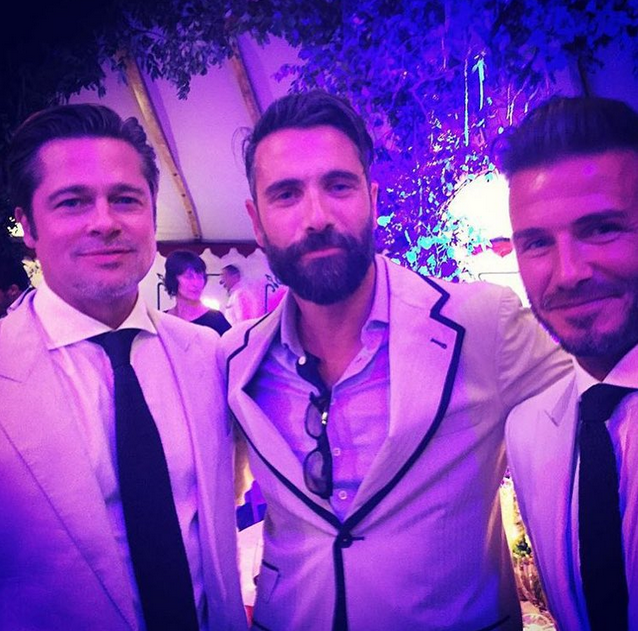 Their sprawling country estate Ashcombe House in Wiltshire was transformed for the three-day wedding extravaganza featuring luxury tents and camping ground to house the bevy of guests, including their three children Rafael, three, Rivka, two; and Levi, 13 months old.

Guy’s sons, Rocco, 14 and David, nine, from his previous marriage to megastar Madonna were also there, along with Hollywood elites Brad Pitt and Superman Henry Cavill.

Footballing legend and close friend to the groom, David Beckham, who cameos in Ritchie’s new film, was also in attendance, along with actor Jason Statham and girlfriend Rosie Huntington-Whiteley.

Jacqui Ainsley wore a flawless custom-made Phillipa Lepley gown, sheer veil and a crown of flowers with her groom wearing a stylish matching white suit, blue bow-tie; and completing the look with a hat. 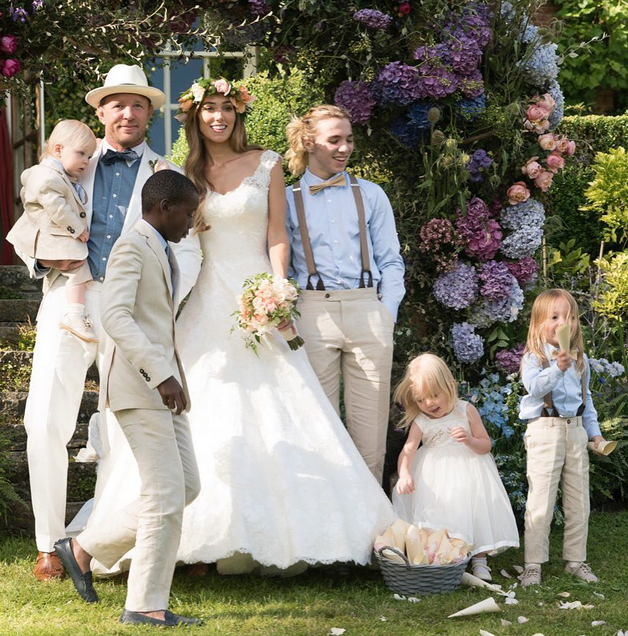 Guy with his new wife and their brood. Image: @guyritchie via Instagram

The couple have been engaged for three years, and we wish them a long and happy marriage.