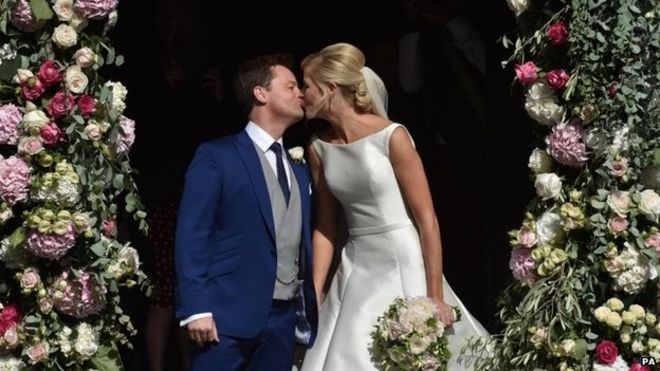 Geordie comedian Declan Donnolly – one half of presenting duo Ant and Dec – has married his long-term girlfriend and agent Ali Astall in a sunny Newcastle ceremony.

Celebrity guests, fans, and the bridal party (obviously), converged on St Michael’s Roman Catholic Church in Elswick, Newcastle for the marriage of TV funny-man Declan Donnelly, in a ceremony conducted by the groom’s own brother, Father Dermott Donnelly.

His best friend and comedy partner Ant McPartlin was the best man at the star-studded nuptials, with the pair seen posing outside the church in matching blue suits before the ceremony took place.

Perhaps Ant was returning the favour following his own 2006 nuptials to make-up artist Lisa Armstrong where Dec was played the part of best man. 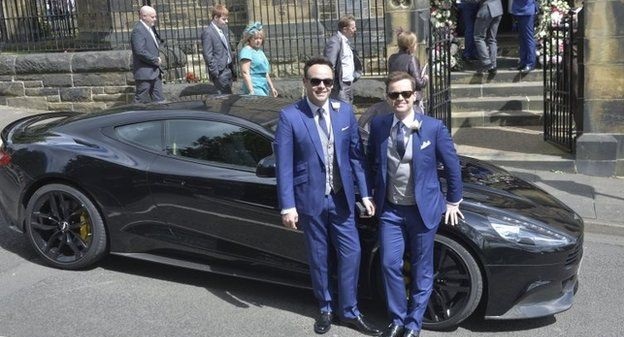 Donnelly proposed to Astall in November last year at an exotic island retreat off the coast of Australia before the 39-year-old started filming the new series of I’m A Celebrity… Get Me Out Of Here! 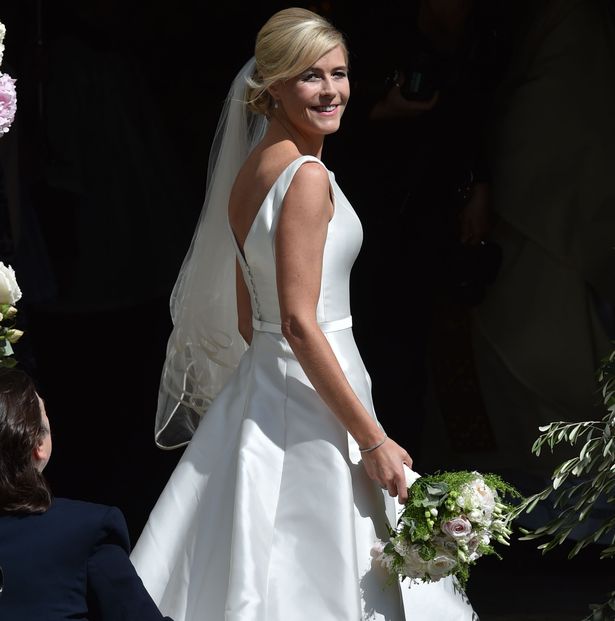 Speaking during an interview on The Jonathan Ross Show, Dec recently described how he proposed at sunset and put to bed rumours that being colleagues with his soon-to-be wife would be an issue, saying “It’s going good. Everything’s hunky-dory.”

On the morning of the wedding, the groom tweeted “Morning! I know I’ve got somewhere to be today but I can’t for the life of me remember where….D”.

Benedict Cumberbatch marries in a “magical”…