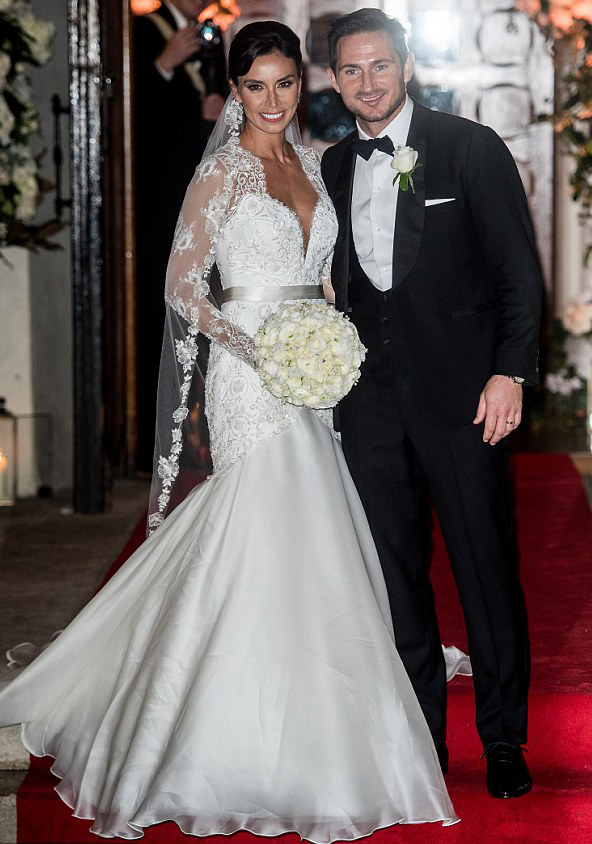 The couple, who have been together for six years and engaged for four, wed in a spectacular winter ceremony at St Paul’s Church in Knightsbridge, which was followed by a reception at the historic venue The Arts Club. 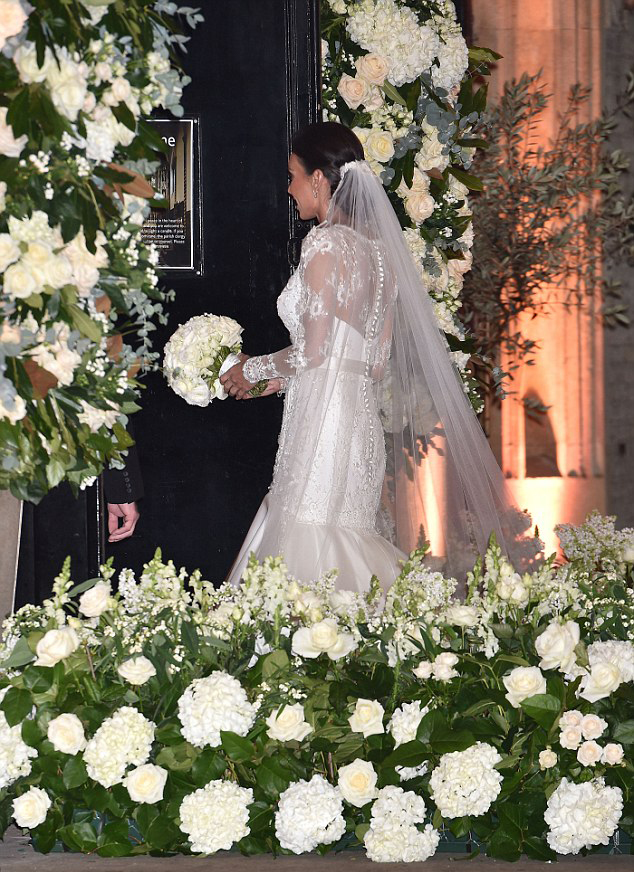 The plunging neckline of the gown was elegantly framed with lace and Christine’s embroidered veil softly complimented her breathtaking couture bridal look.

The groom, 37, looked dapper in a classic black Thom Sweeney suit with a black bow tie, topped off with an elegant and simple white rose boutonniere which matched perfectly with Christine’s sophisticated nosegay bouquet of fresh white blooms. 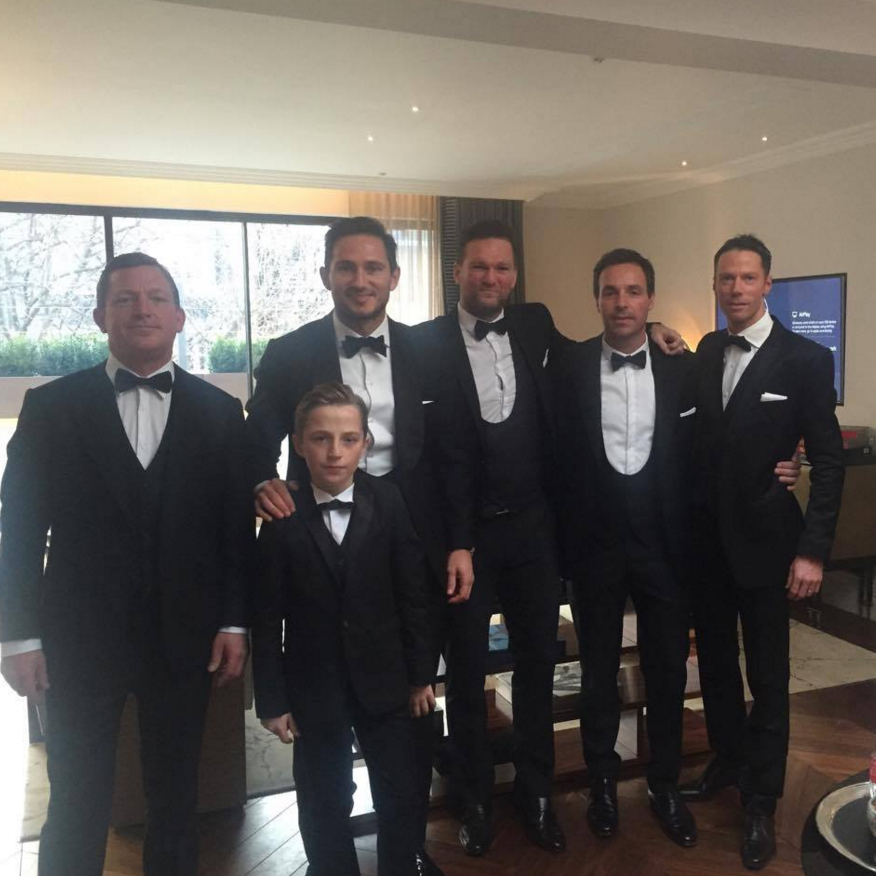 Frank shared this photo of himself and his groomsmen captioning the shot ‘ready to roll yesterday.’ Image: Frank Lampard via Facebook

The wedding was a decadent affair, with the archways of the Victorian church dripping in an abundance of cascading ivy and white roses made by florist Rob Van Helden who is favoured by the Royal Family and Sir Elton John.

Once married, the newlyweds emerged and paused for photographs before getting into their wedding car to enjoy some miniature bottles of champagne whilst en route to the reception. 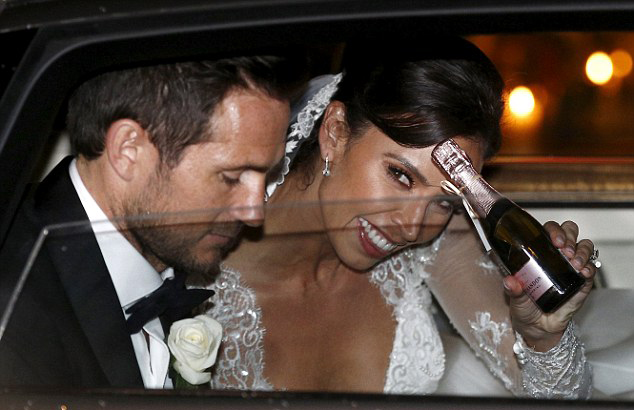 During his wedding speech, Frank shed tears when paying tribute to his late mother Pat and the football star lamented that she never had a chance to meet Christine.

According to the Daily Mail, journalist and TV personality Piers Morgan attended the lavish wedding and commented on Frank’s heartfelt speech about his new bride, saying “he said in his speech he was away playing for England and they spoke every night for four hours and just fell madly in love in one week.”

Other celebrities in attendance included Baby Spice Emma Bunton, TV presenter and model Holly Willoughby and singer Ed Sheeran who performed for the couple during the reception festivities.

Frank and Christine stayed at The Arts Club over night and emerged the following morning both looking happy and fresh. Christine still looked every part the bride, donning a long-sleeved white dress – and still clutching her gorgeous bouquet. 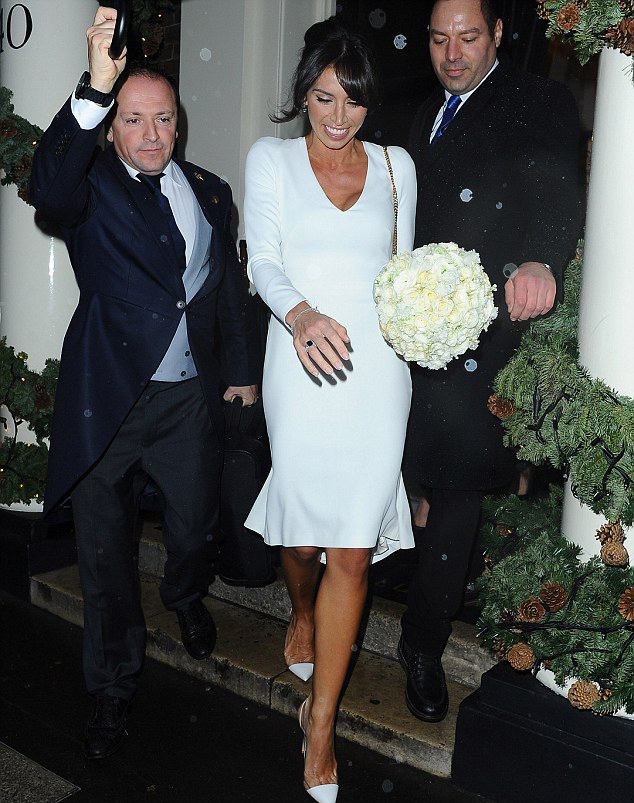 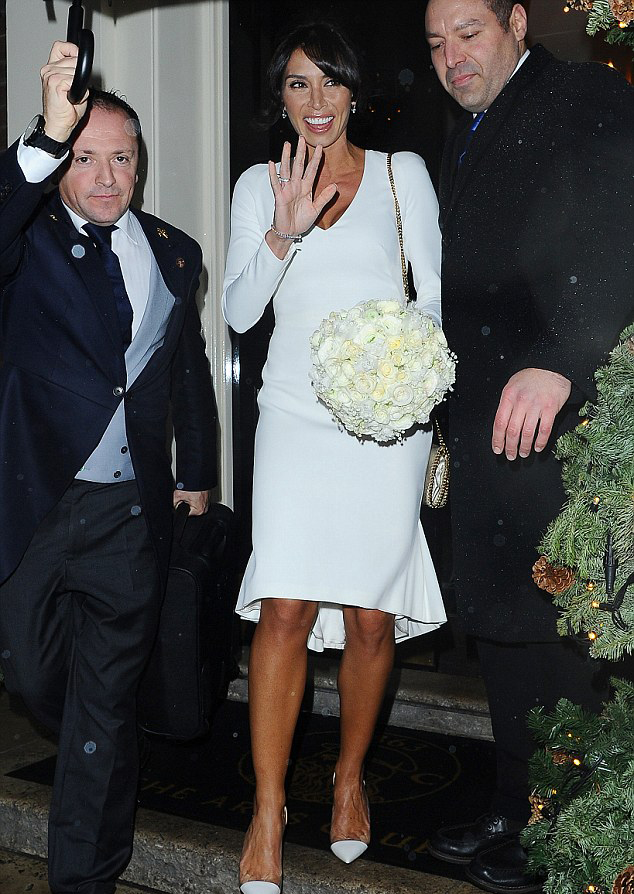 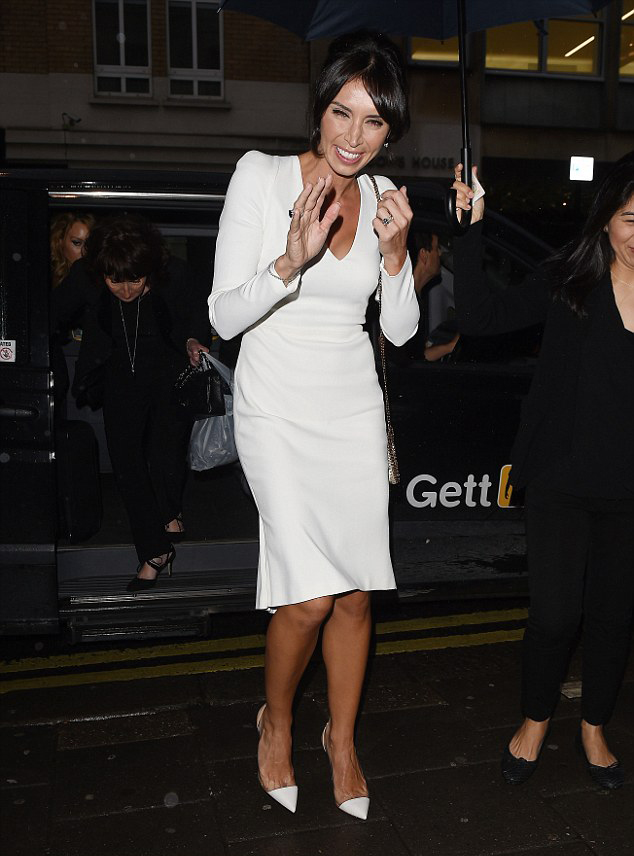