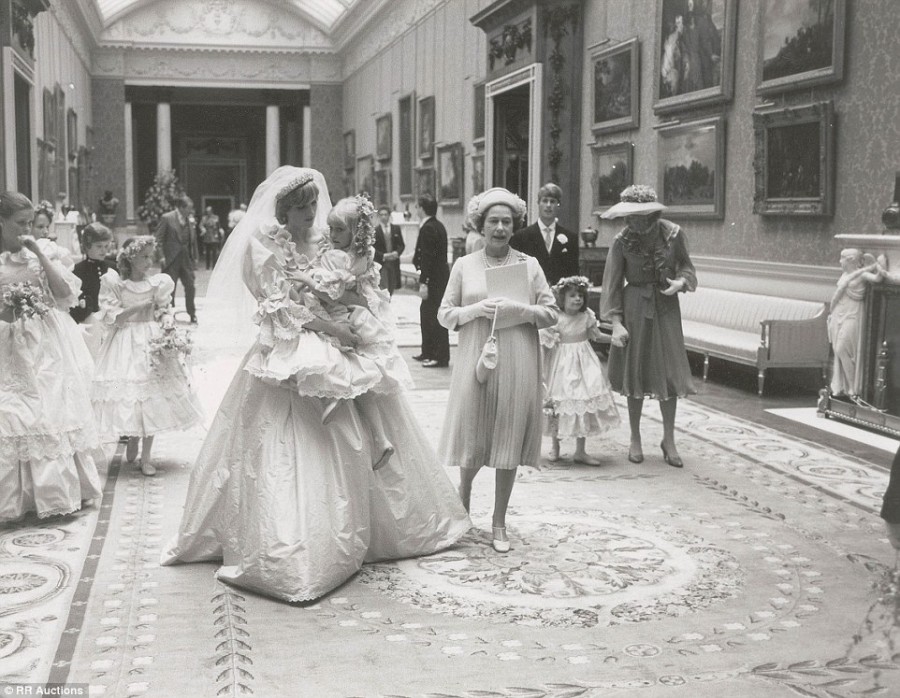 A set of 14 previously unseen photos of Prince Charles, his bride Lady Diana Spencer, and the Royal Family, showing intimate moments of the 1981 wedding and are to be auctioned in September.

The auction is to be held in Boston, Massachusetts with the candid photos of the royal wedding party being sold by the RR Auction House on September 24. Bidding, however, is expected to open as early as this week,

Buckingham Palace played host to the wedding reception shortly after the July 29, 1981 nuptials took place at St. Paul’s Cathedral in 1981. Patrick Lichfield, an English photographer, was present for the ceremony and reception, but it is his assistant that is responsible for this remarkable collection.

Lichfield and his team were the only ones given permission to take informal photos of the royal bridal party inside the Queen’s London residence. The photographer himself was said to have a peerage descent [which] allowed him unparalleled access to the Royal Family.”

The total collection is made up of seven colour 7 x 5 photographs, a further seven black and white 10 x 8 photos, and even the security pass the assistant was given to allow access to Buckingham Palace on the big day. 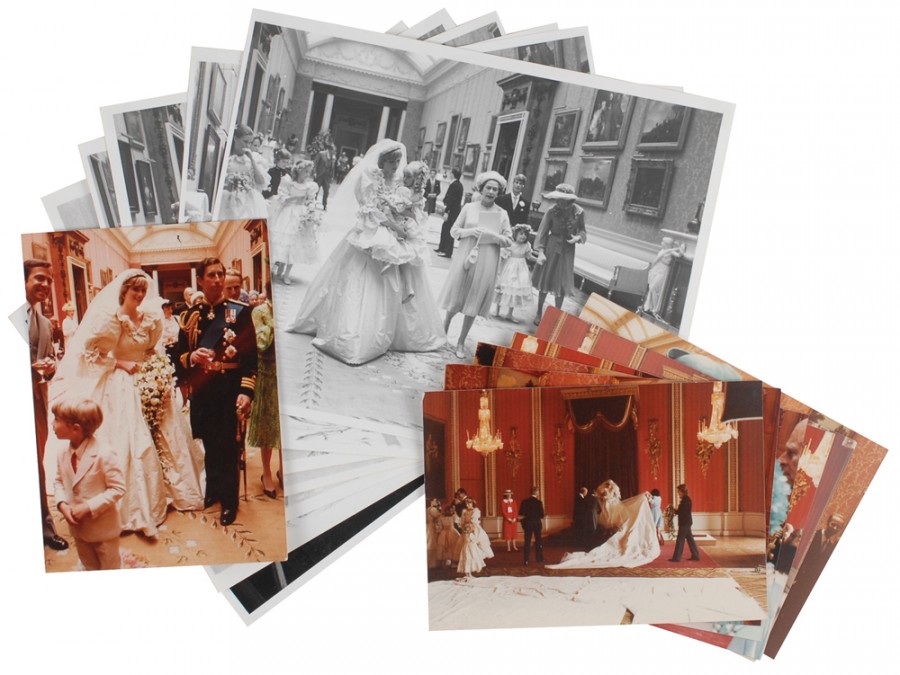 The collection to be auctioned by the American auction house. Image: RR Auction

It is clear that Diana was the focus of most of the informal snaps, with six of the larger photos capturing her in the now-iconic wedding gown. In many, she is surrounded by her new royal in-laws including the Queen, the princess Royal and groom Prince Charles, along with his brother the Duke of York, Prince Andrew and Princess Margaret. 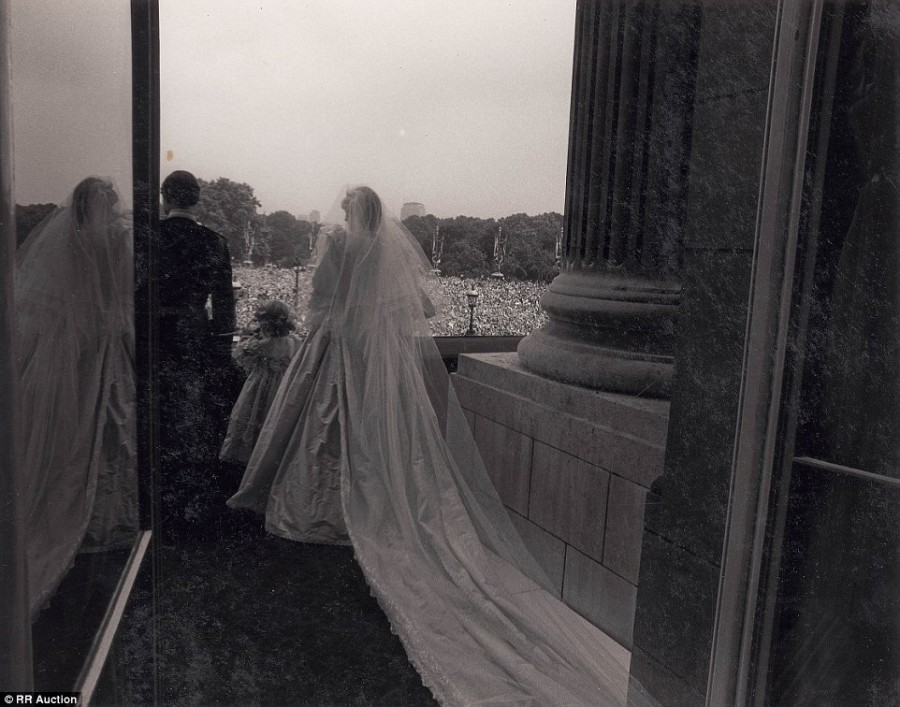 On the other side of THAT balcony. Image: Daily Mail / RR Auction

A smiling Prince Charles is spotted on a number of occasions, with the 10 x 8 photo above giving us an insight into what it must have been like to stand on the balcony of the Palace as hundreds of thousands of onlookers gathered along the Mall to celebrate.

This moment will, undoubtedly, be firm in the minds of many royalists, and adds an extra dimension to one of the most memorable wedding photo of all times.

The auction house’s website explains: “The color 7 x 5 photos bear official Lichfield labels (asserting copyright) affixed to the reverse and show various interior scenes: the first exceptional image (5 x 7) pictures Diana and Charles standing beside one another, seemingly beaming with happiness; two show Queen Elizabeth watching a small television broadcasting images of the massive crowd outside; one shows Princess Diana in the Throne Room as her dress designers Elizabeth and David Emanuel arrange the train in preparation for the formal photographs; one depicts Princess Michael of Kent from behind in her turquoise dress; and two show the Royal Family gathering for the formal photographs (one lacking Lichfield label on reverse), with Mark Philips, Prince Andrew, Princess Diana, Prince Charles, Earl Spencer, the Duke and Duchess of York, and Baroness Fellows present.

The final item in the collection is the official embossed paper security card admitting the photographer to the Palace. It says: “Admit Miss…to Buckingham Palace Side Entrance on Tuesday, 28th July at 2:00 p.m. Remarks: To install lighting in the Throne Room for Wedding Group pictures.”

A letter of provenance is provided with each photograph detailing the subjects present in each of the candid photographs, as well as the further details such as: “I was the photographic assistant to Lord Patrick Lichfield…the only photographer allowed to take informal photographs of the royal family and their guests when they returned to Buckingham Palace…for the wedding reception. These are original prints.

“The black and white ones were printed by me, in the dark room in Aubrey Walk, within hours of the wedding. The color photographs were printed by a trusted laboratory that did the Lichfield studio color work. Lord Lichfield had me make up an album of black and white and color photographs, which he presented to Prince Charles and Princess Diana to commemorate the day of their wedding. These are photos that did not go into that album [and were given to Litchfield’s assistant in recognition of the work done on the wedding photographs].

To my knowledge, none have ever been published. Very few people have ever laid eyes on them.”

“[It is] an exceptional assemblage of never-before-released images from the ‘wedding of the century.”

We agree absolutely, and wonder whether the final buyer for this once-in-a-lifetime wedding photo album will offer a nation so enamoured with the memory of the People’s Princess, the chance to see the gallery for themselves.

Fancy a taste of this royal…

Pssst. Wanna buy a piece of…