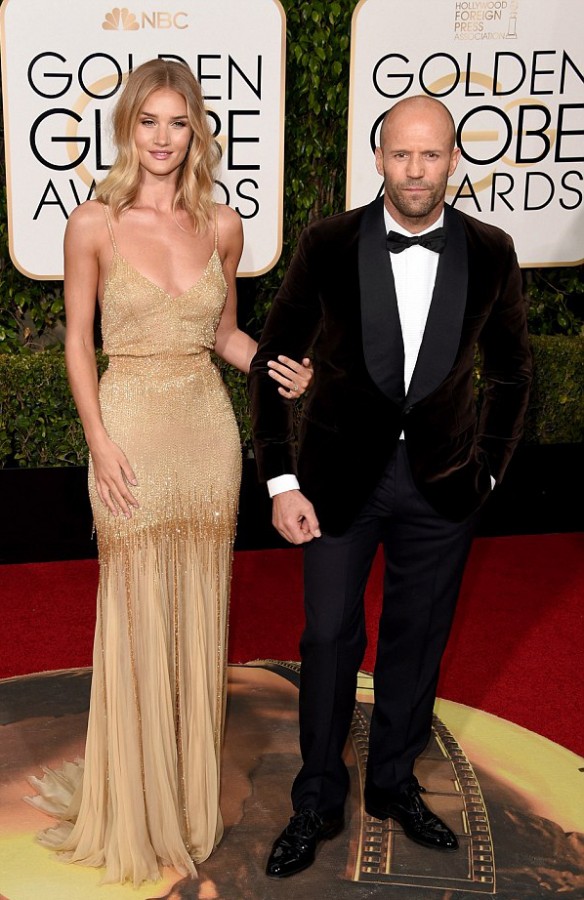 The actor couple have confirmed their engagement after Rosie showcased her new diamond engagement ring on the red carpet at the 73rd Golden Globes. Image: Getty Images via Daily Mail

The 28-year-old model and Mad Max: Fury Road actress has confirmed her engagement to Hollywood actor Jason Statham, 48, after she debuted her rather large rock on the red carpet at the 2016 Golden Globes.

The home-grown couple posed for photographs on the red carpet, with Rosie positioning her new ring in plain sight of the flashing cameras. The couple’s rep later confirmed the news to the press. 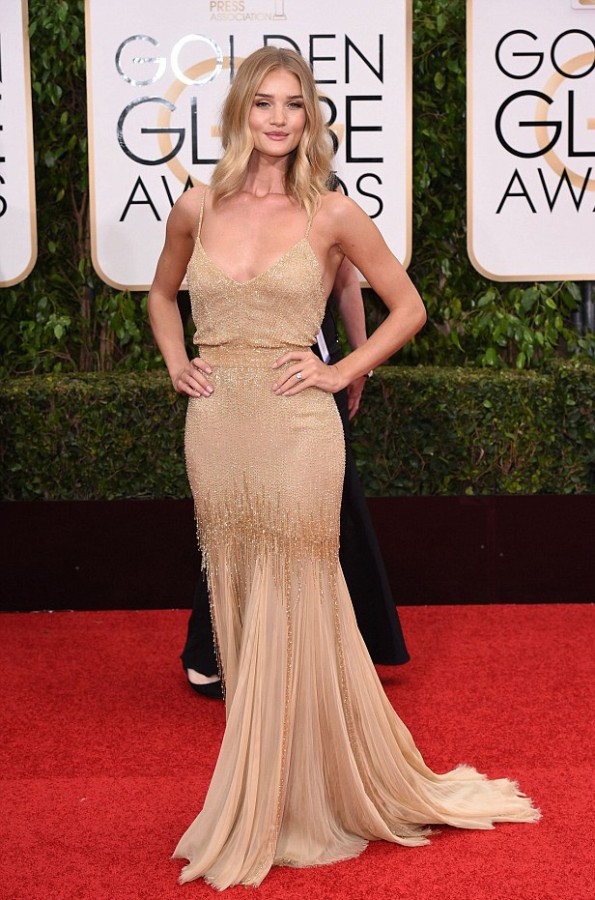 Rosie wore a gold Atelier Versace gown to the Golden Globes and accessorized the look with a fresh pink manicure and her new round cut diamond ring. Image: David Fisher/REX/Shutterstock via Daily Mail

The couple, who have been together for more than five years, currently live together in Beverly Hills, and Rosie has mentioned in past interviews that she would like to marry and start a family with the Fast & Furious 7 action star.

According to the Daily Mail, the Victoria’s Secret model told SELF magazine, ‘I totally believe in marriage, but being in a happy relationship is much more important to me… [Kids are] something that’s more realistic in the near future.’

Are Miley Cyrus and Liam Hemsworth…