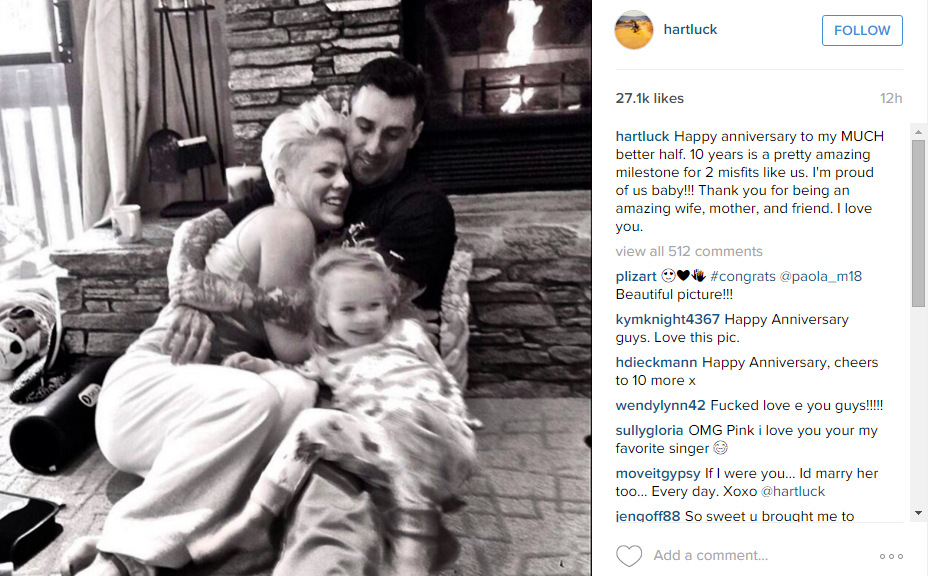 The couple, who wed in January 2006, celebrated their tin wedding anniversary today (January 07, 2016), however, the decade-long marriage hasn’t been without its hurdles. The couple separated in 2003, leading to Pink! writing some of her most famous break-up songs, including So What.

They rekindled their romance in 2005 and, soon after, the sing proposed to her bike-mad beau mid-way through a motocross race. Pink! had written ‘WILL YOU MARRY ME? SERIOUS!’ on a pit board and held it up as Carey whizzed past.

It wasn’t until his second lap that Carey noticed the proposal sign and veered off the track to pull over and accept Pink!’s public proposal. 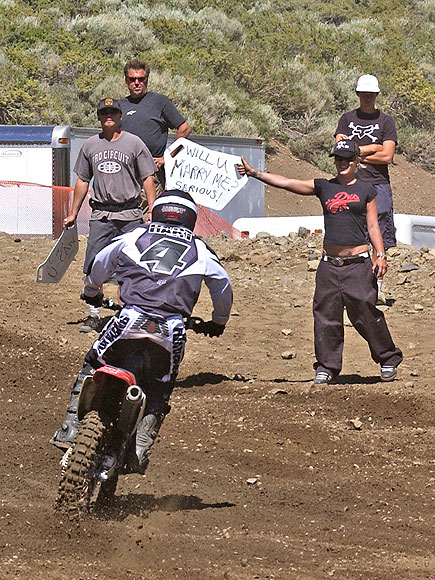 The couple wed in January, 2006 and, today, Carey posted the image above of himself and his wife cuddling with their four-year-old daughter, Willow Sage Hart.

A clearly happy hubby, Carey added the heartfelt caption: ‘Happy anniversary to my MUCH better half. 10 years is a pretty amazing milestone for 2 misfits like us. I’m proud of us baby!!! Thank you for being an amazing wife, mother, and friend. I love you.’

Aww! Happy anniversary, Pink! and Carey. Here’s to another decade together.

Kim K and Kanye take to…