Births, deaths and marriages; all part of the three-month TV soap cycle that keeps ratings at an all-time high. Advertised as the ‘television event of the year’, an on-screen wedding is a big deal for TV junkies, so we’ve picked a few of our favourites to relive with a compilation of small screen wedding dresses.

When Lorelai Gilmore was presented with 10 different wedding dress options, she decided on a £5,195 ( USD$7,500) Monique Lhuillier ensemble. Practical, pretty and oh, so Lorelai! 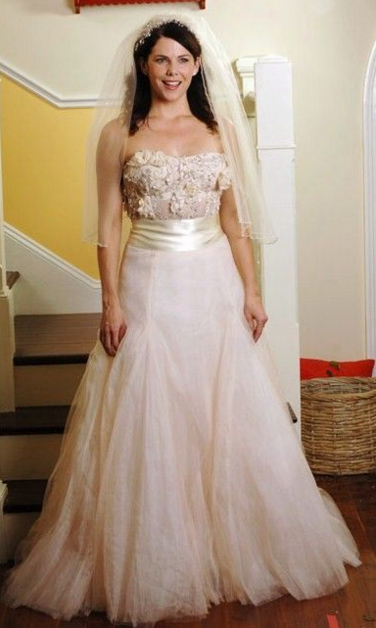 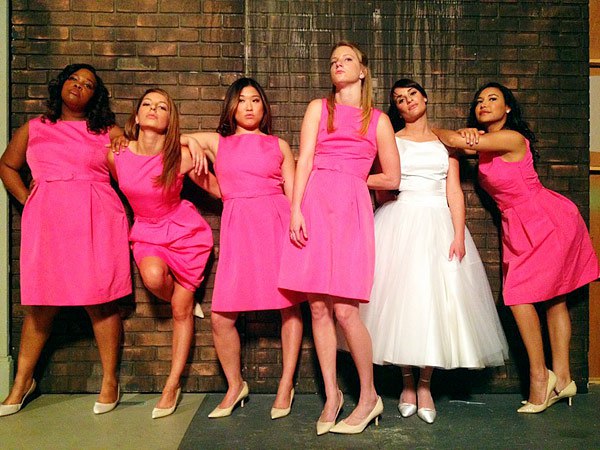 Sex and the City

Ok, so it’s technically from the movie, but it all started on the small screen, and this Sex and the City wedding dress by Vivienne Westwood has to be on the list. Carrie Bradshaw wore it so well that a £6,842 (USD$9,875) knee-length version of the dress sold out within hours of being released.

Emily Thorne’s sweet wedding dress is a favourite thanks to the delicate scalloped-lace detail on the bust and veil. The dress was the highlight of the mid-season finale despite Emily’s somewhat underdeveloped, yet creative, plans to frame her mother-in-law for her murder. 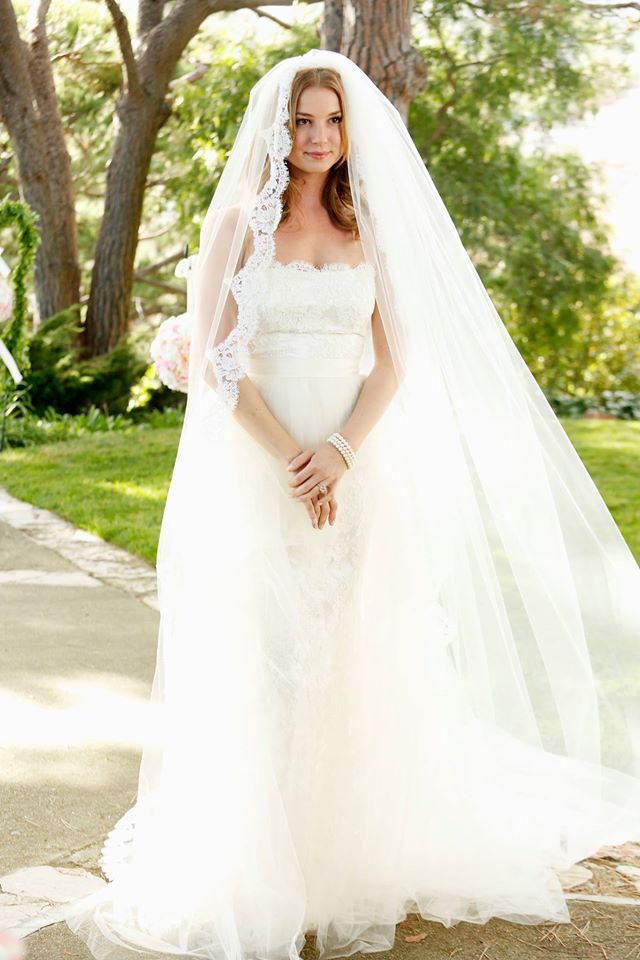 From socially awkward teenager to timelessly classic bride, Monica Geller more than redeemed herself from the horrors of highschool prom when she wed Chandler wearing a sleeveless House of Bianchi bridal gown to offset a bouquet of blood-red roses. 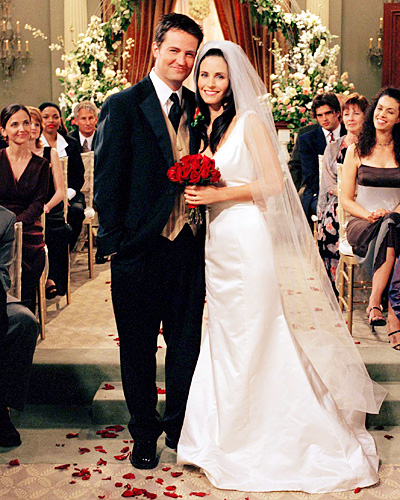 Serena van der Woodsen’s Georges Chakra wedding dress was indeed a show-stopper, quite literally, because her wedding marked the end of the series. The ball gown featured splashes of decadent gold against soft white tulle, and it truly was the perfect dress for the glamorous socialite from the Upper East Side. 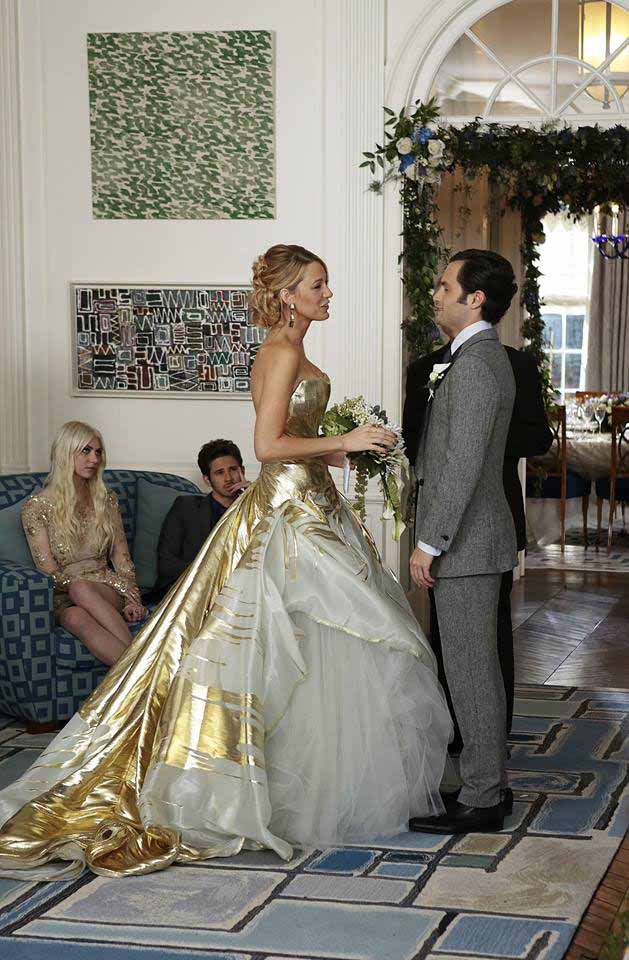 Izzie Stevens made surgical scrubs look sexy, so it’s no surprise she looked the part when she stepped out in an embroidered Kenneth Pool wedding dress for the 100th episode of Grey’s to marry her on-screen heartthrob Alex Karev. 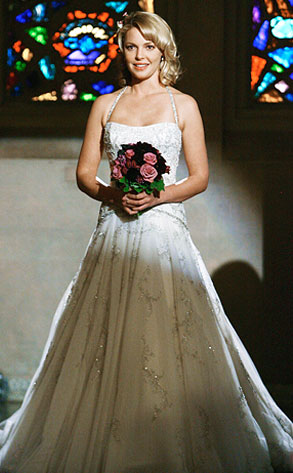 How I Met Your Mother

Robin wore Monique Lhuillier’s Addie gown from her Spring 2011 bridal collection to wed long-time boyfriend Barney. Though the belt is not part of the original dress, it makes for a sparkling addition to the tight-fitting frock. 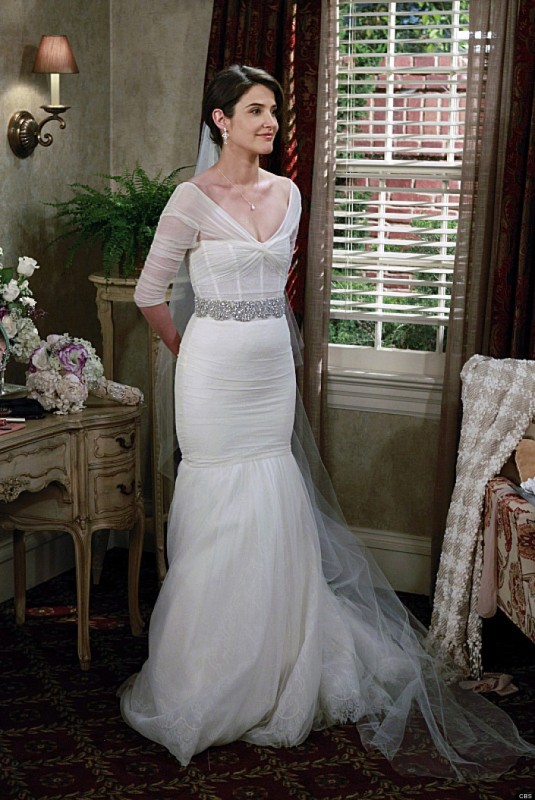 She’s the frivolous nomad nobody ever thought would get married, but when Jessa surprised everyone with her wedding, she looked like a bohemian goddess in an off-the-shoulder, knee-length number veiled in netting and draped in crochet. 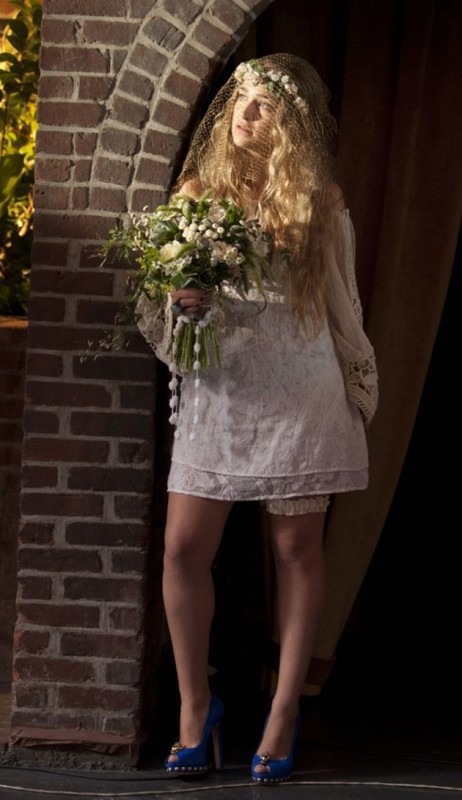 Keeping up with the Kardashians

The first wedding was cool and all, and even though Kim wore two dresses the first time around, this Givenchy number still takes the cake. The lace, that train, the elegant mermaid silhouette. A couture moment indeed! 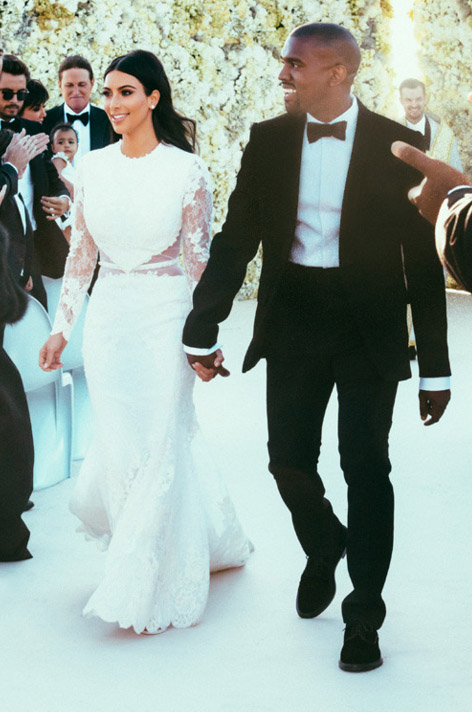 When Grace Adler walked down the aisle with best friend Will by her side, it was a very special moment for fans of the series. Grace wore a $20,000 Vera Wang gown to marry her boyfriend of two-months Leo, and although the wedding turned out to be illegitimate, this is one TV wedding moment we can’t forget. 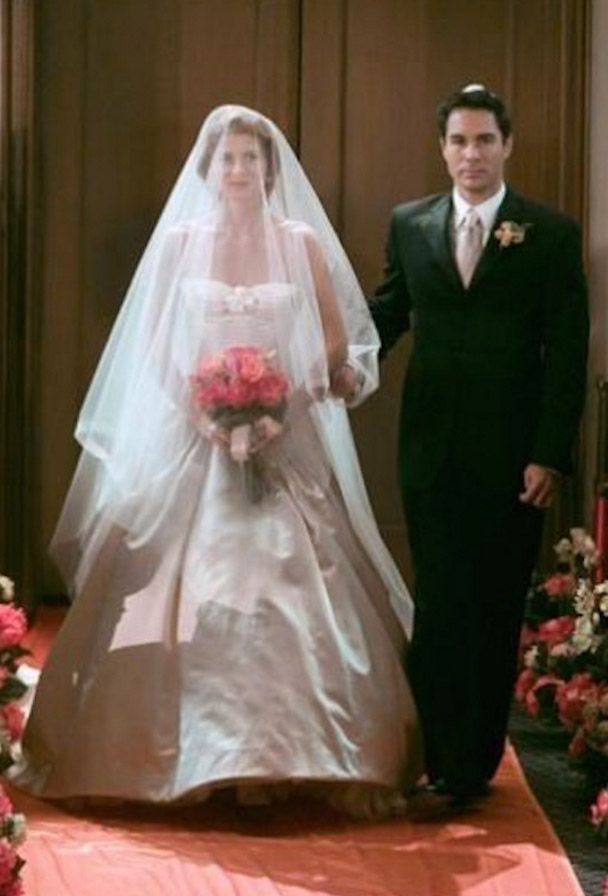 The gown worn by Kylie Minogue as Charlene in Australia’s TV show Neighbours, is indeed memorable to say the least. This silk, organza lace gown was made in a suburban Melbourne bridal salon and now lives in the Tasmanian Museum & Art Gallery. 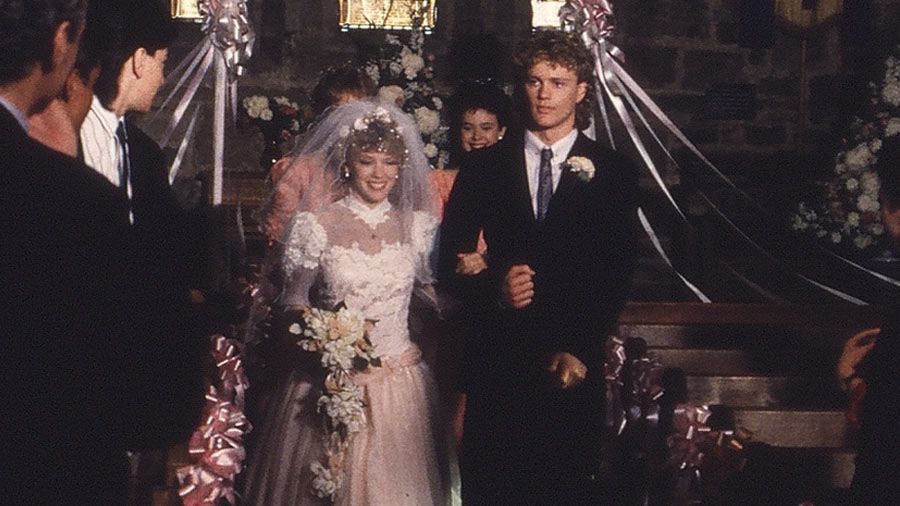 The hunt for the perfect dress