Beauty on a budget: Jemima and Mark’s vineyard wedding

In planning her relaxed vineyard wedding to beau Mark Borkowski, Jemima McNaughton had a simple brief – beauty on a budget.

The ceremony and reception at Hickinbotham of Dromana, Victoria, on March 1, 2014, delivered that and more.

“You can still have your dream day without spending a fortune,” Jemima says. “The most expensive part was the bar tab!”

The pair met five years earlier but the relationship was almost scuttled before it even began after both discovered each other’s plans to move overseas.

“Thoughts of getting to know each other a little better were quashed – what was the point?” Jemima, 27, explains.

However, the bond between Jemima and Mark, 34, proved too strong and the pair met up at Munich’s Oktoberfest in Germany.

“After a few steins he told me he couldn’t live without me and that he wanted me in his life and insisted that I change all my plans and move to France with him the next week… and I did,” Jemima says.

Nine months in France and another three months travelling around Europe led the couple to a revelation.

“We saw beautiful things, ate amazing food and realised that we had already ticked off most of the major relationship tests in the first year; living together, working together, travelling together,” Jemima says.

After returning home, Mark popped the question while on holiday in March 2013 and the wedding followed one year later.

“The only thing Mark insisted on was a stress-free day, and I delivered,” Jemima says.

The day was injected with plenty of the couple’s sense of fun – their reading was the lyrics to Ke$ha’s “Tik Tok” and a strippergram dressed as a chicken was hired to sabotage the best man’s speech.

Jemima says the wedding was a perfect celebration of her and Mark’s love.

“Our wedding was inexpensive, but beautiful,” she says. 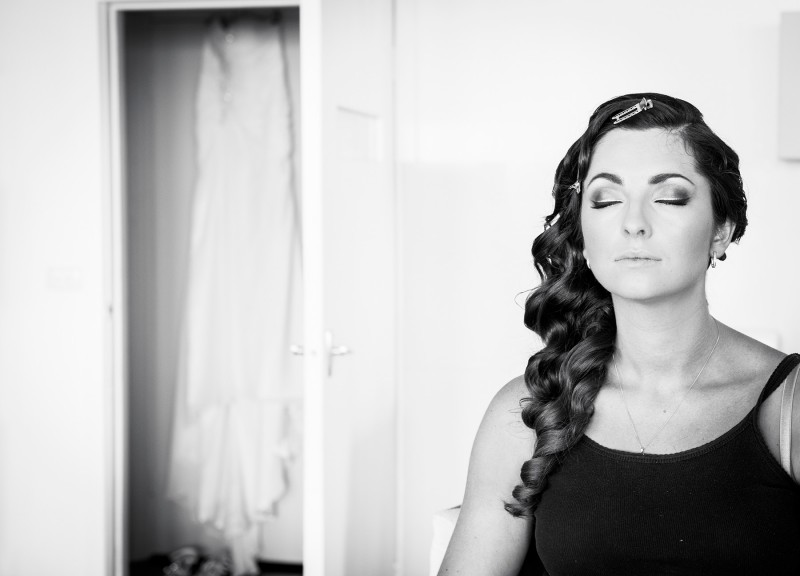 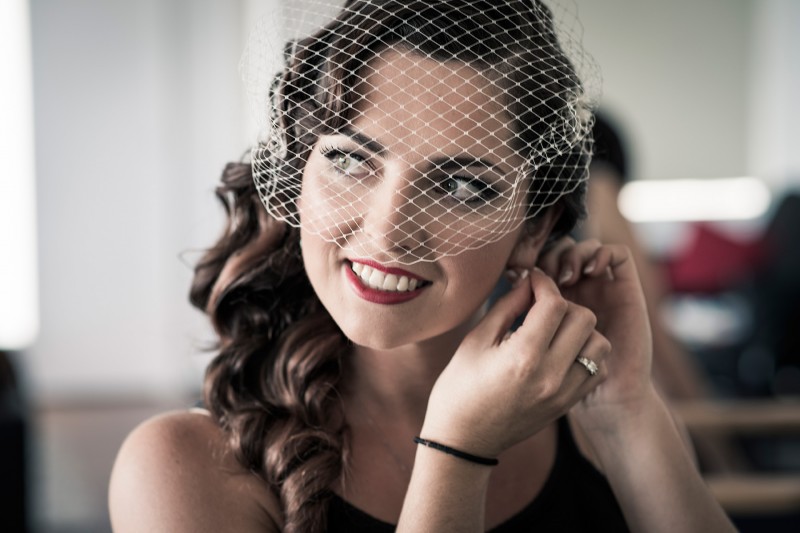 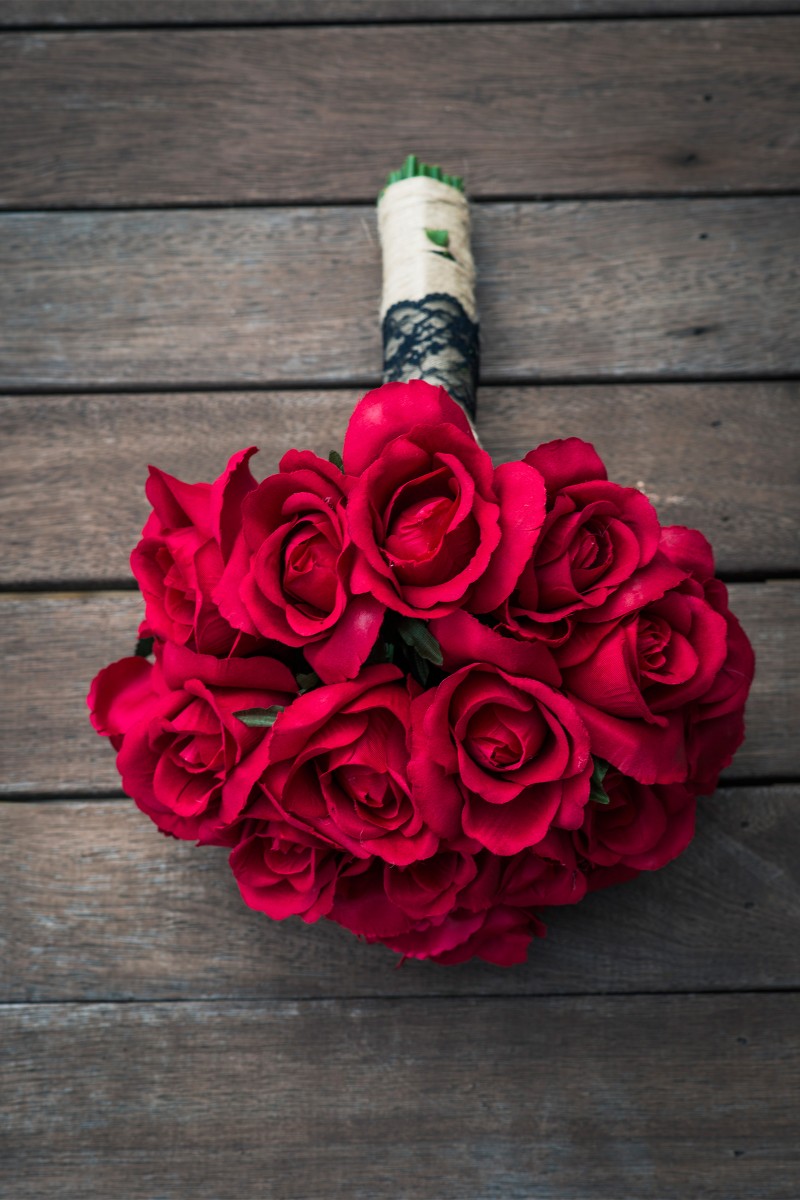 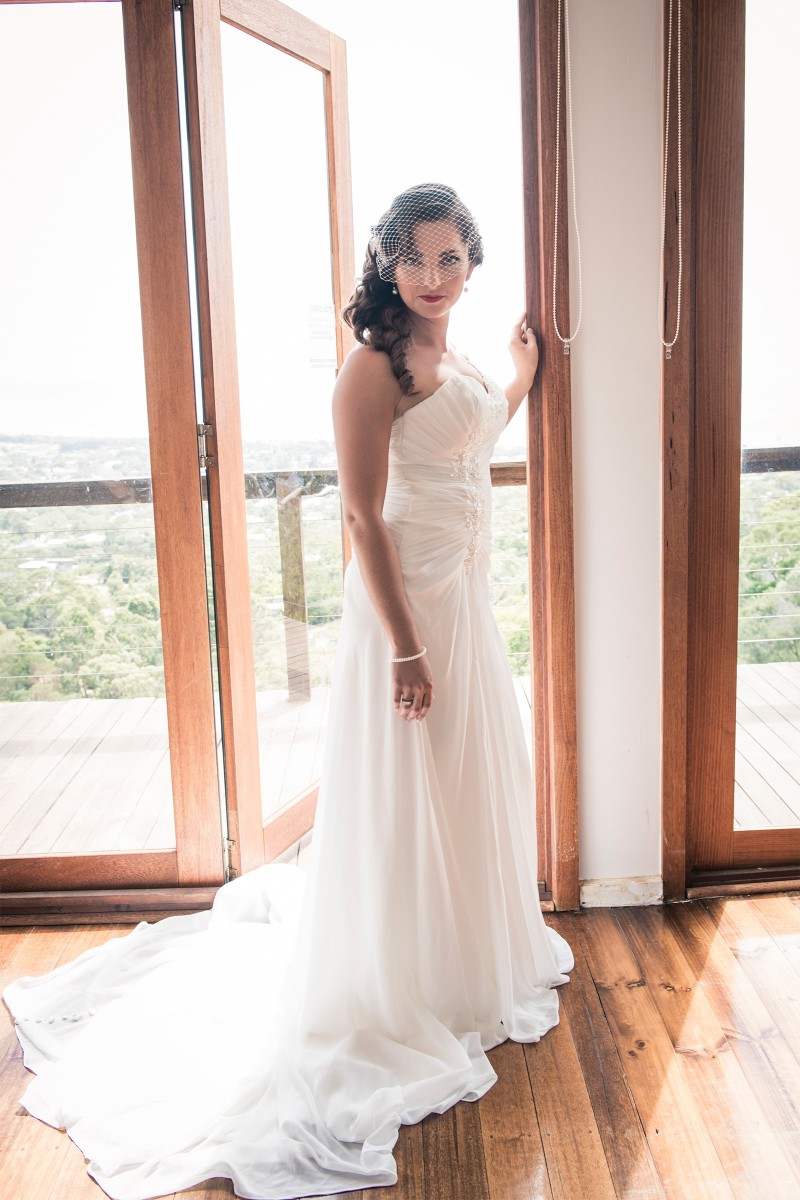 Jemima made all the bouquets, table flowers and cake decorations herself using lifelike artificial flowers. 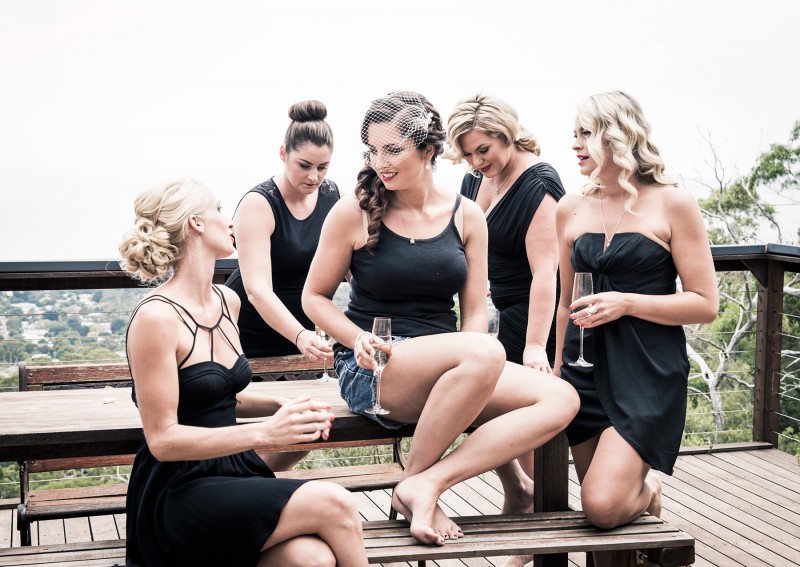 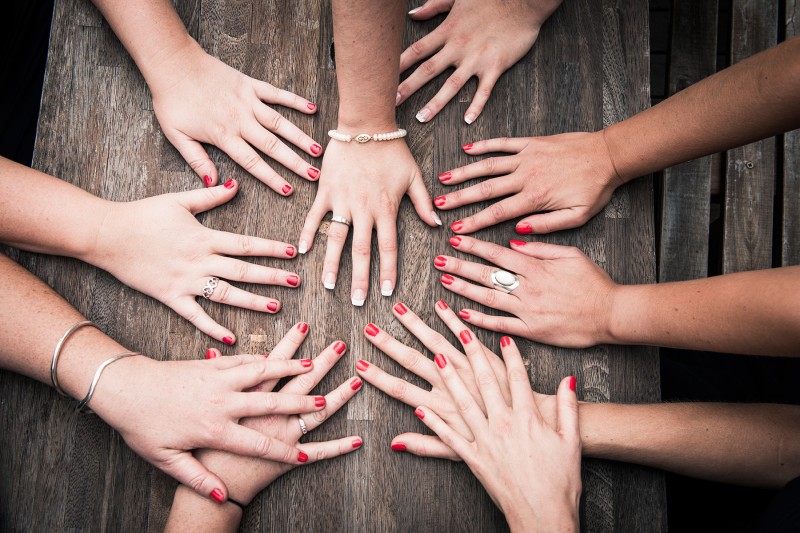 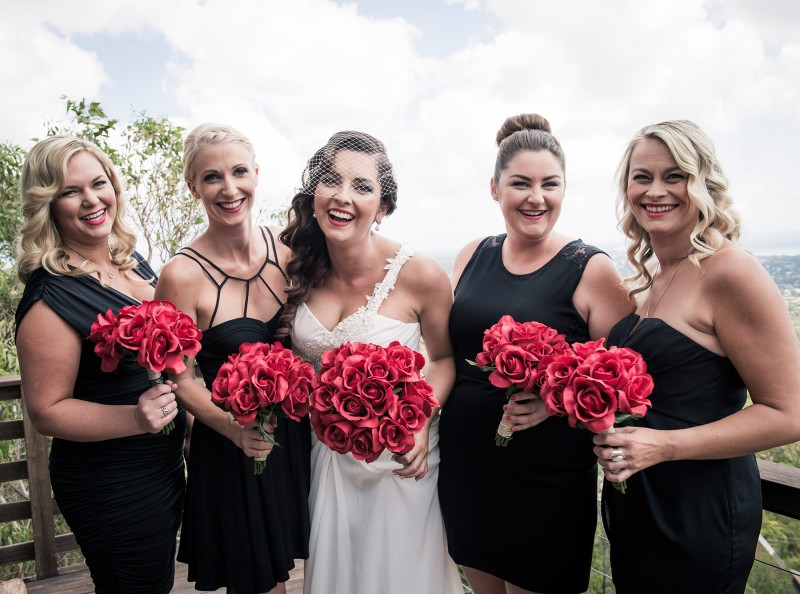 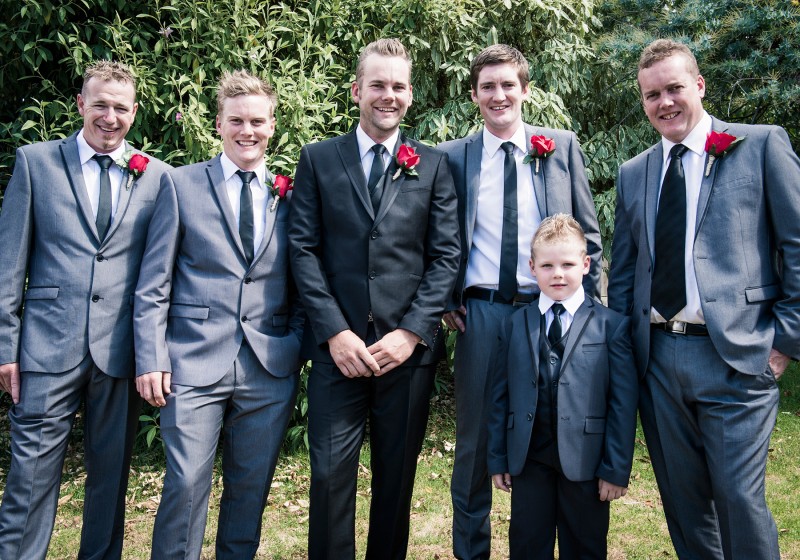 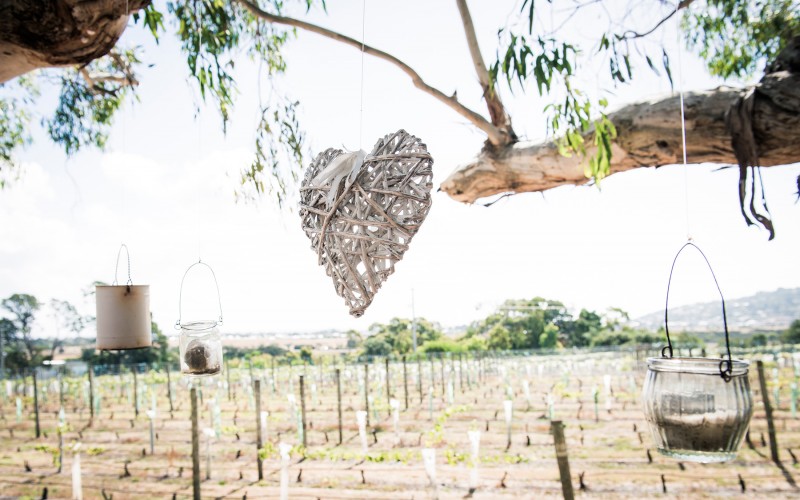 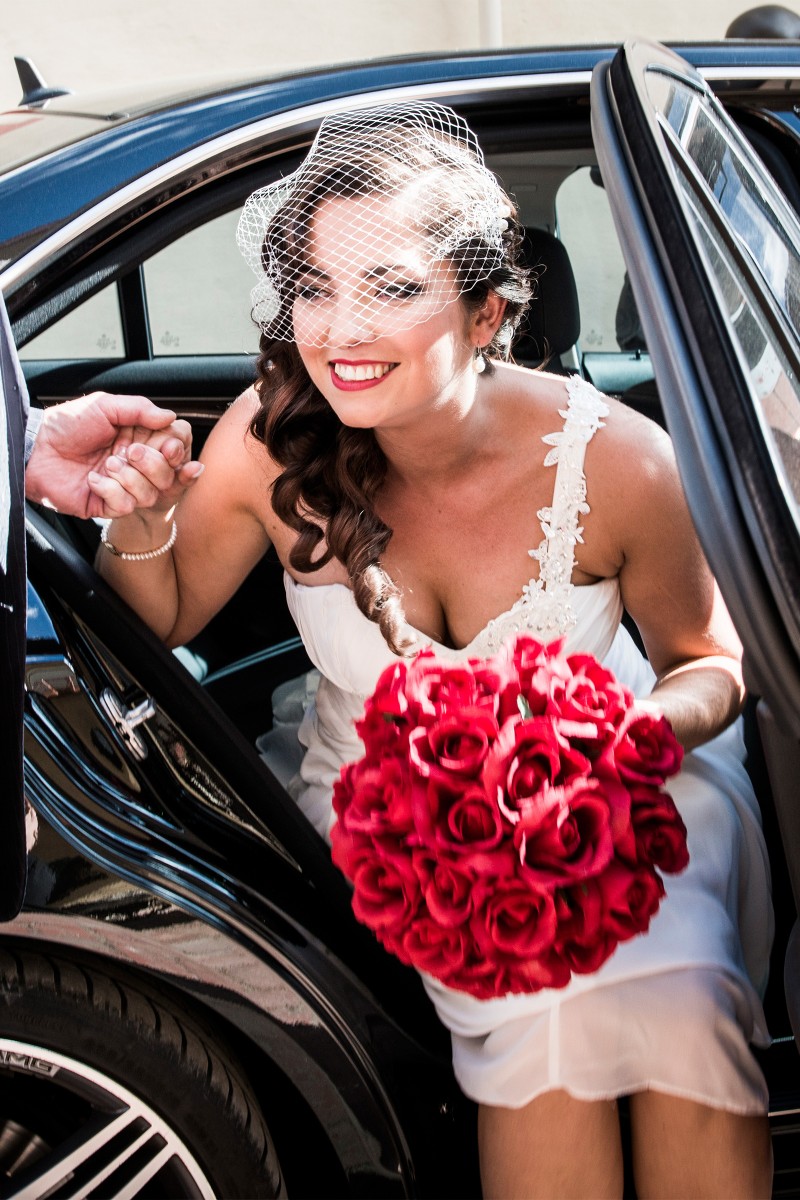 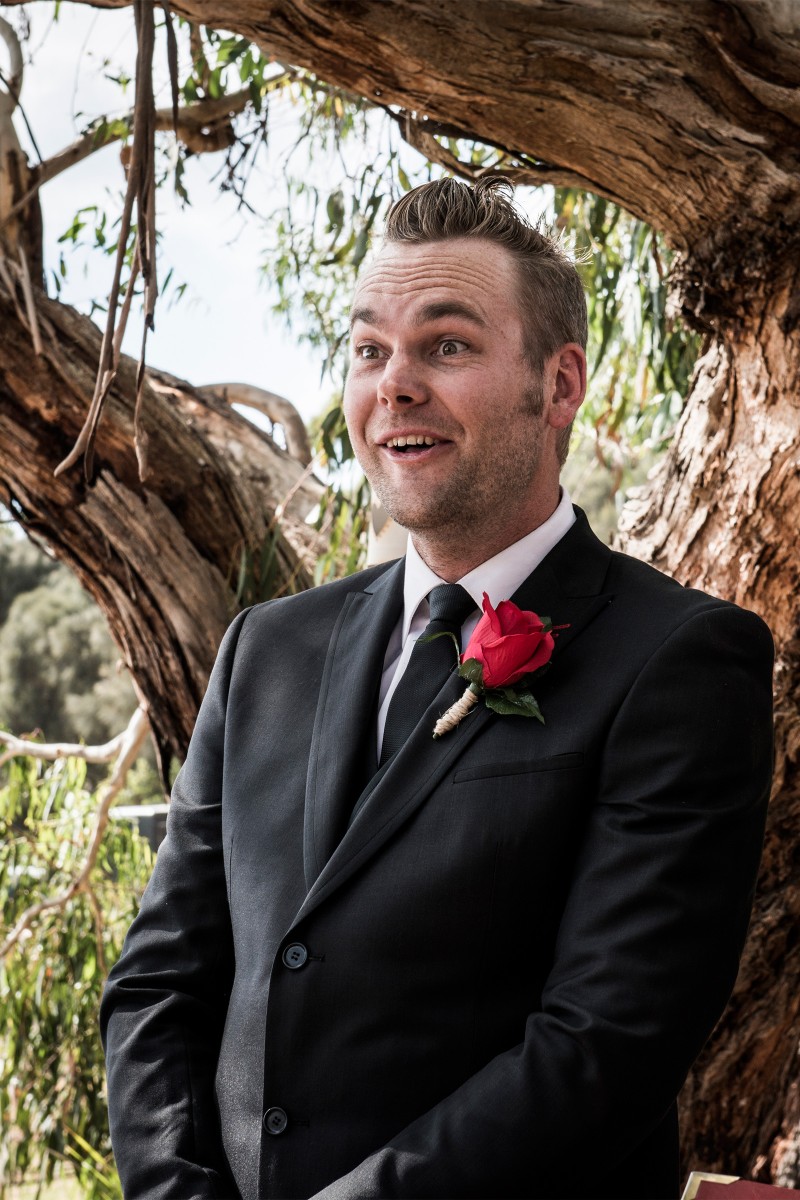 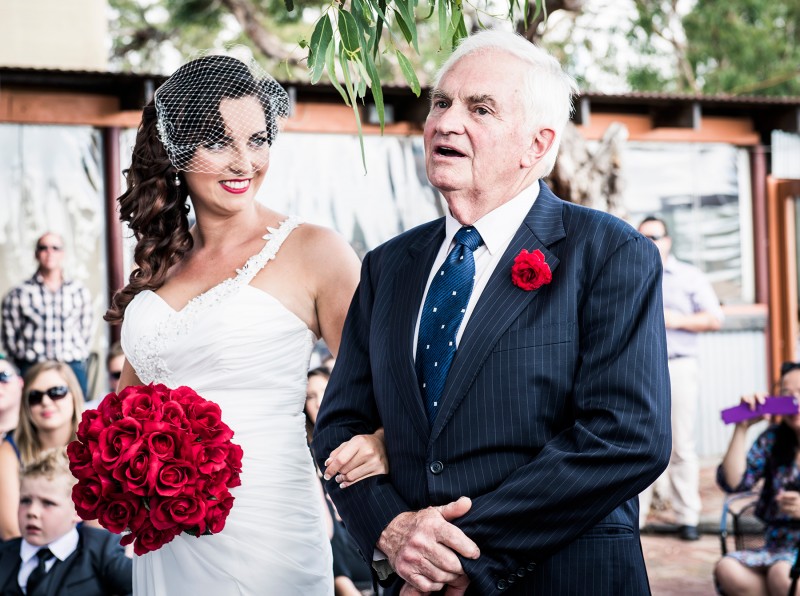 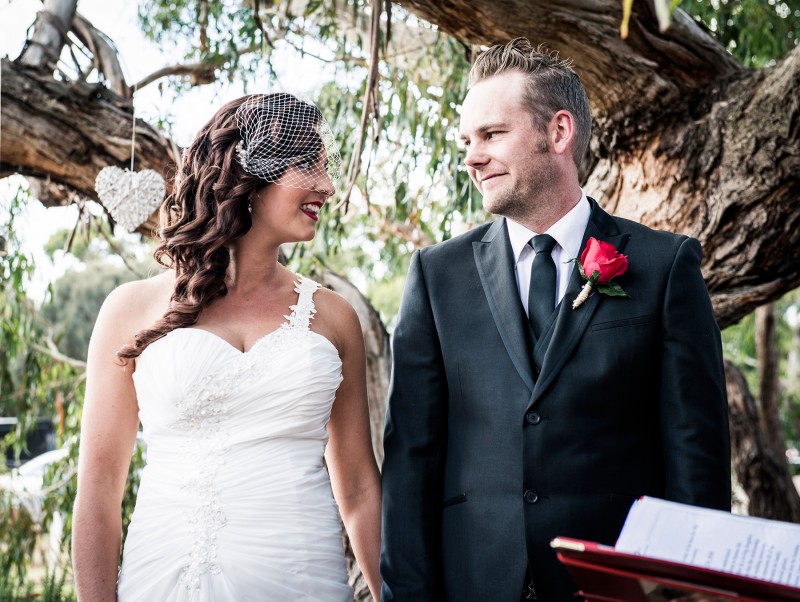 Jemima wowed in an embellished gown with sweetheart neckline purchased for less than $150. 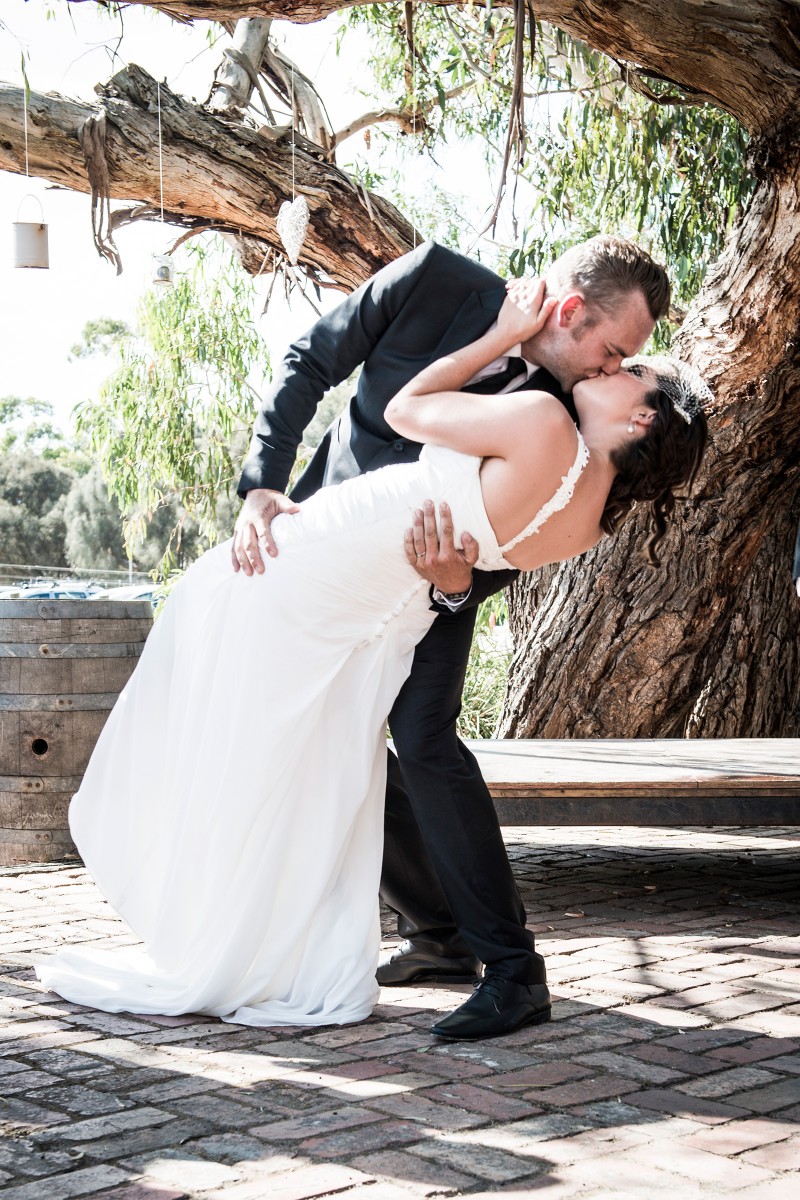 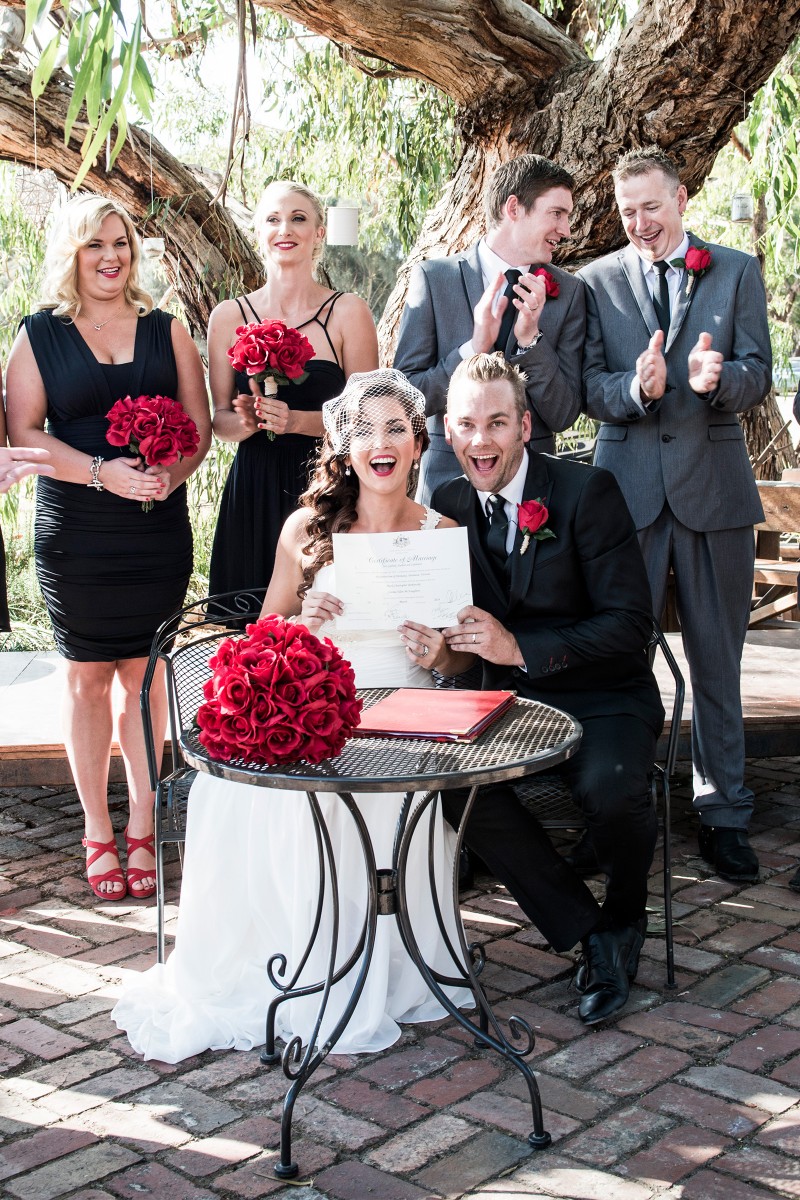 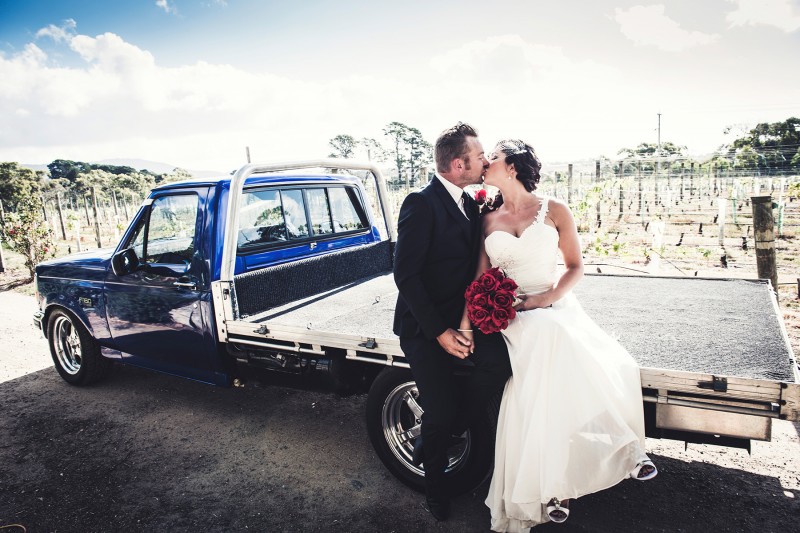 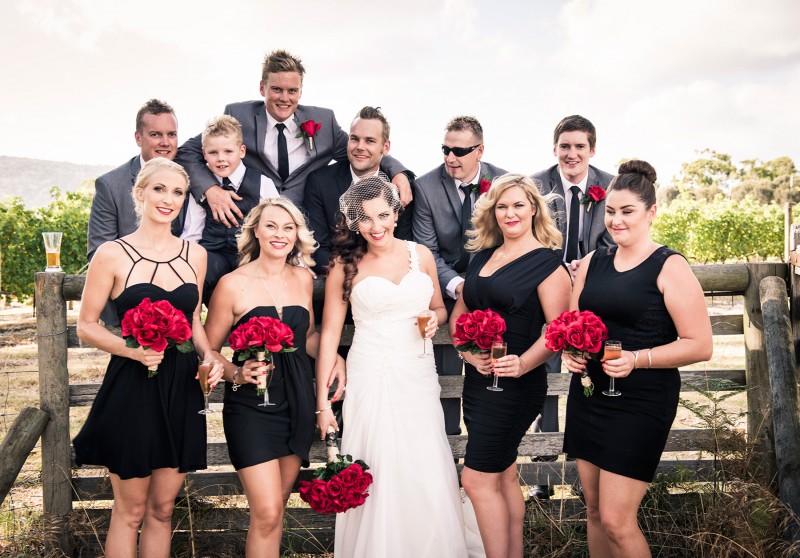 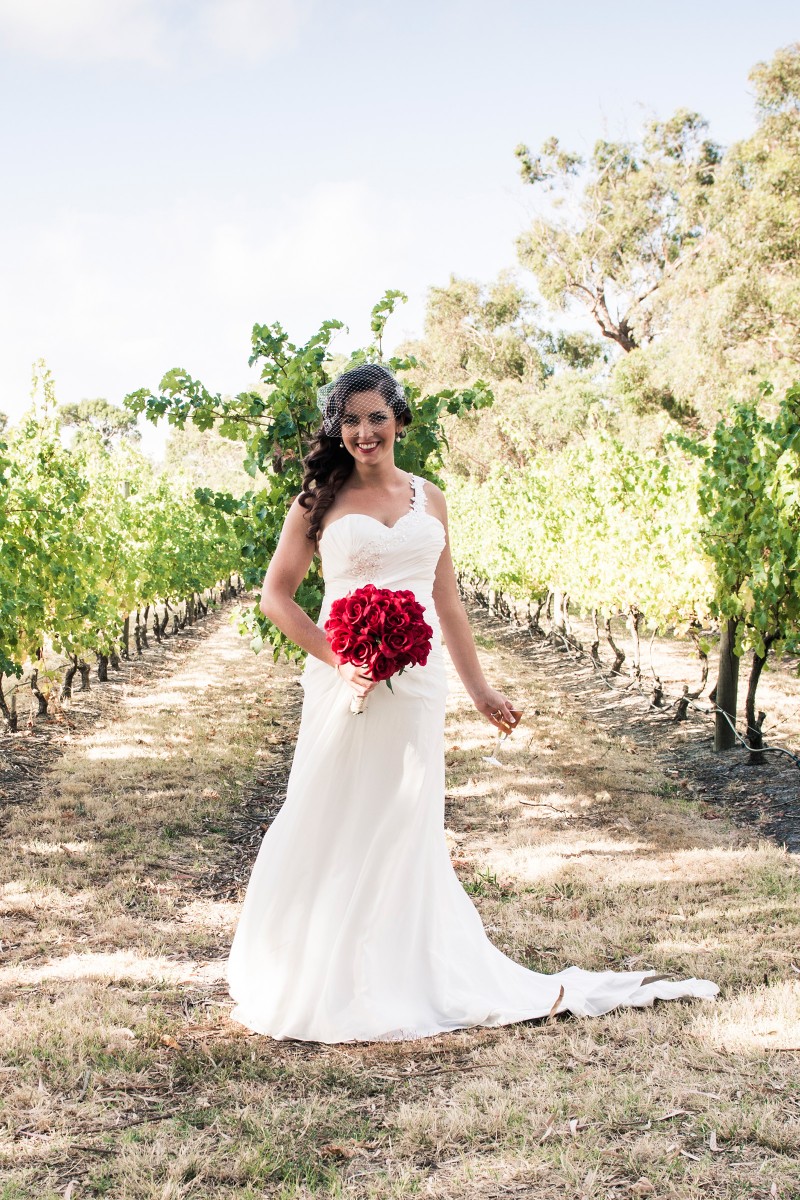 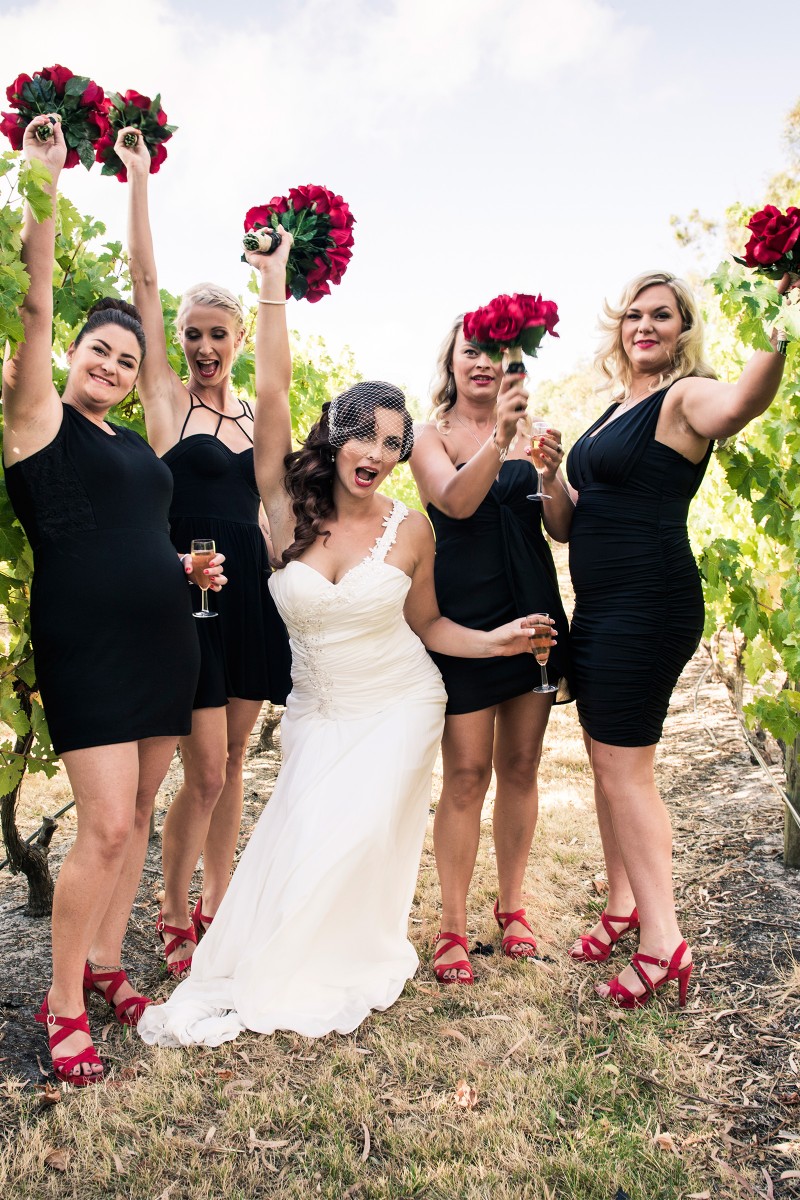 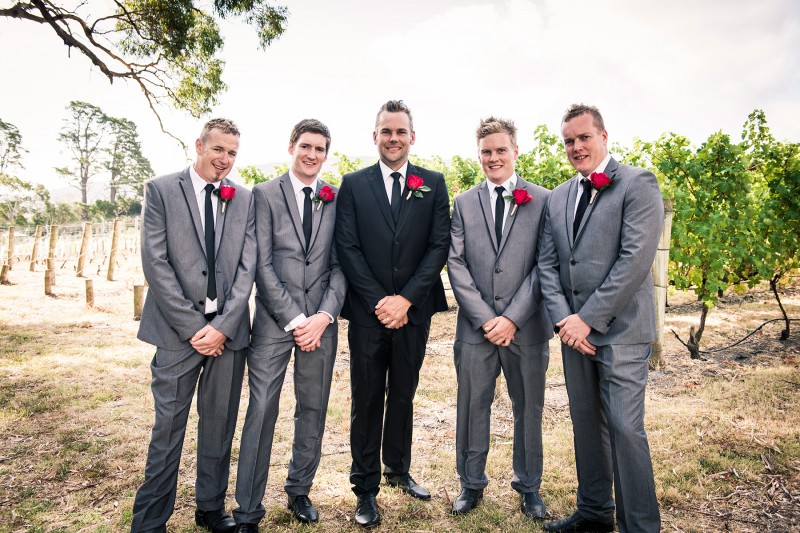 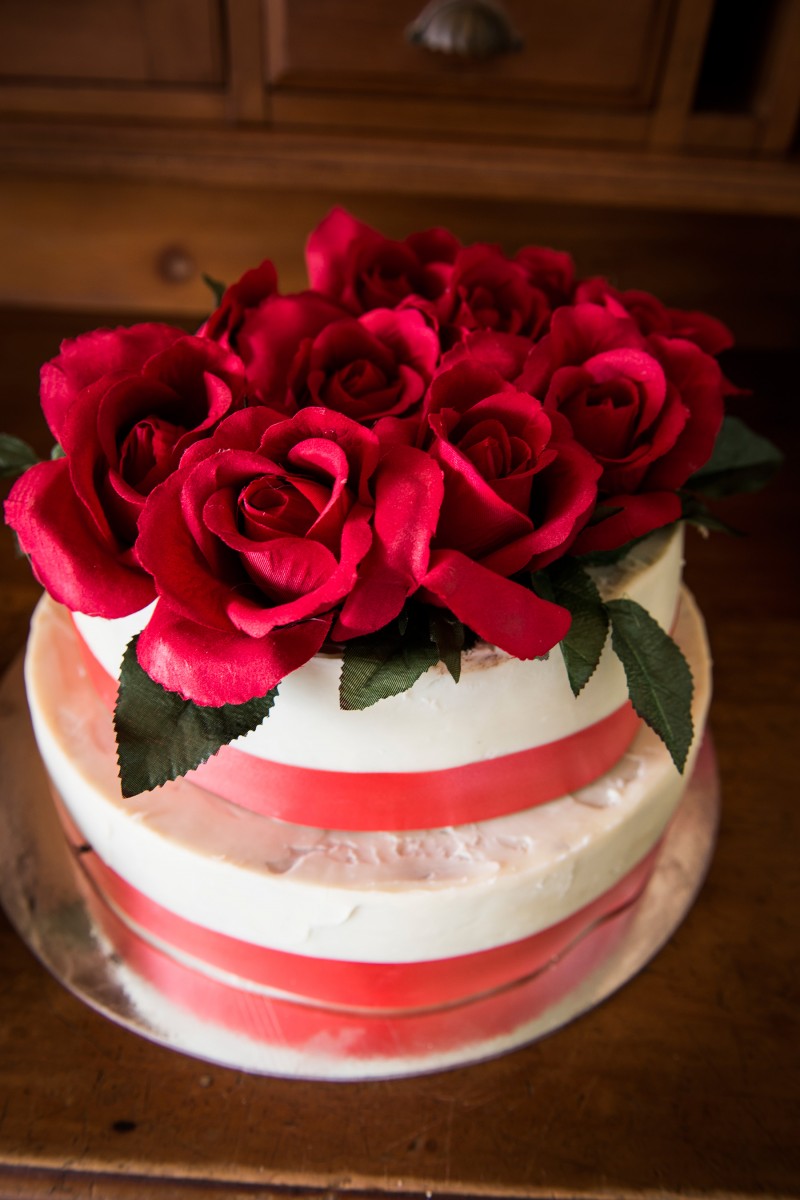 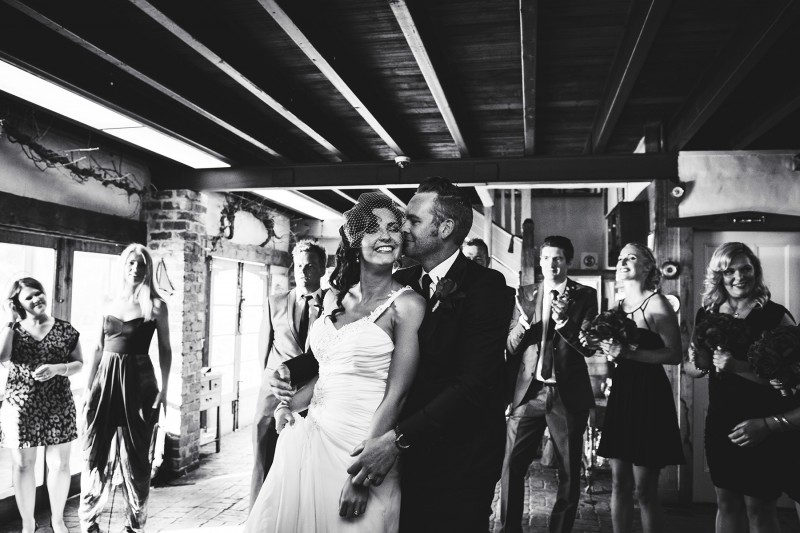 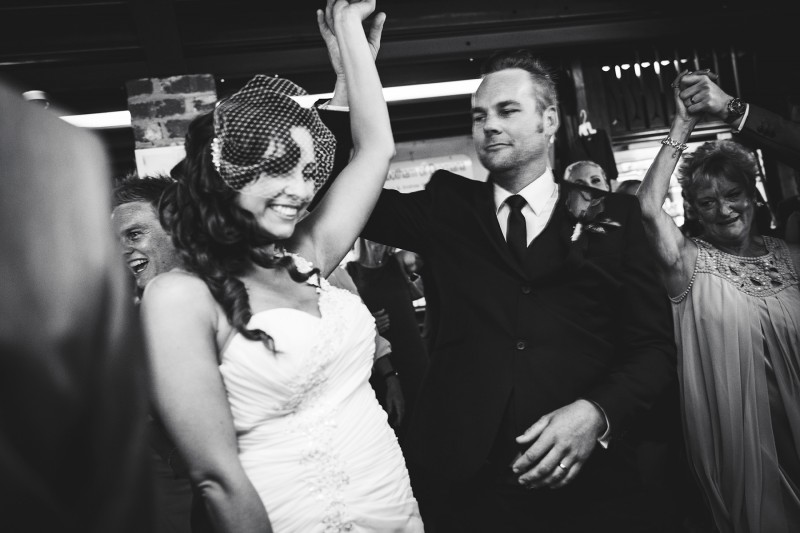